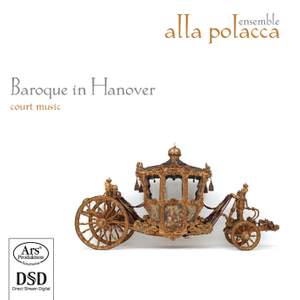 Strungk, N A: Capriccio in A minor

During the 17th and 18th Centuries, the city of Hanover played an important role in the musical life of Germany. Music was performed at the Lutheran Church as well as at the Duke’s court. Soon after its establishment in 1636, the court played host to many of the era’s most prominent musicians as Handel, Steffani, Strungk, and Sartorio. The ensemble alla polacca was formed by three musicians who studied chamber music together at Cologne University of Music under artists as Konrad Junghänel, Barbara Schlick and Kai Wessel. The ensemble’s core members are Iwona Leśniowska-Lubowicz (soprano), Paulina Kilarska (harpsichord, organ) and Stanisław Gojny (theorbo, archlute and baroque guitar).