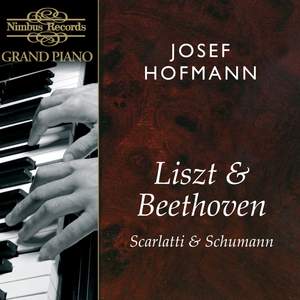 Josef Hofmann was hailed as the greatest child prodigy of his generation. A demanding debut concert at the Metropolitan Opera House at the age of nine was ecstatically received. The New York Times wrote: "Josef Hofmann played, not only like an artist, but like a master." A pupil of Rubinstein, Hofmann enjoyed a phenomenal international career performing all over the world. These CD transfers show Hofmann at the peak of his powers spanning the years 1919-1929.