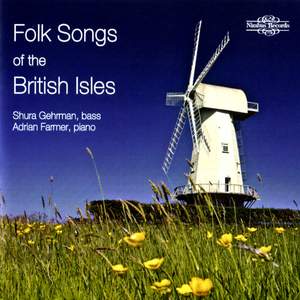 Folk Songs of the British Isles

trad.: There Was a Jolly Miller (Arr. John L. Hatton)

trad.: When That I Was a Little Tiny Boy (Arr. John L. Hatton)

Although folksong is a relatively simple and direct form of music, it is no easy matter to give a definition of a true folksong or to determine how it originated. Goethe, himself a collector, admitted the difficulty when he confessed: We are always invoking the name of Volkslied without knowing quite clearly what we mean by it.' There are countless old songs of a popular nature dating from centuries ago, but they do not all belong to folklore; there were the songs written for Shakespeare's plays, the lute songs played at the Tudor courts, ballads that were written by individual composers and, later, the popular music-hall songs of the Victorian age. True folk music, as officially defined by the International Folk Music Council in 1954, is 'the product of a musical tradition that has been evolved through the process of oral transmission. The factors that shape the tradition are continuity, which links the present with the past-variation, which springs from the creative impulse of the individual or the group; and selection by the community, which determines the form, or forms, in which the music survives.