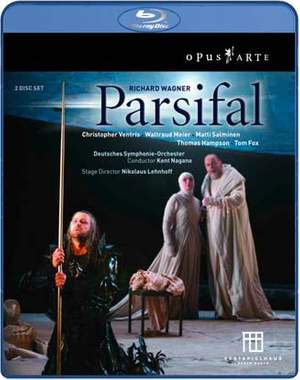 a provocative but effective interpretation, in which the Knights of the Grail are struggling to hang on to life in a post-apocalyptic world (a symbolic meteorite dominates the set in Act I).... — BBC Music Magazine, June 2005, More… 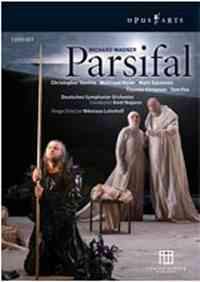 Ever since the world premiere of Parsifal at Bayreuth on 26th July 1882, the meaning of Richard Wagner’s last opera has been widely discussed. Nikolaus Lehnhoff’s visionary staging of this emotionally charged opera reveals a masterpiece of existential drama about human existence. Christopher Ventris and Waltraud Meier lead an inspired cast in a high definition recording in true surround sound.

“It is by a long way the most thoughtful, positive and penetrating view of Parsifal that I have encountered” The Times

Parsifal’s Progress: a documentary analysis including interviews with Nikolaus Lehnhoff, Christopher Ventris, Waltraud Meier and many others.

a provocative but effective interpretation, in which the Knights of the Grail are struggling to hang on to life in a post-apocalyptic world (a symbolic meteorite dominates the set in Act I). It's a grim vision, but one that works with the established plot; and Lehnhoff's final suggestion of Parsifal leading the others on to a new life without the organised religion that has so patently failed them is inspiring in these over-zealous times.

Put simply, it is interpretively, vocally, instrumentally, visually and audibly a most impressive performance of Wagner's final opera...[Nagano's] generally brisk tempos, unerring sense for drama and his ability to point up crucial orchestral detail impart a feeling of urgency, of tension, of passion to the proceedings.