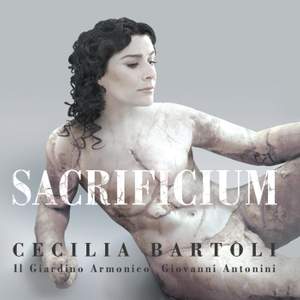 In braccio a mille furie

Italy — 4,000 boys sacrificed each year in the name of music. With her new album “Sacrificium”, and a major international concert tour, Cecilia Bartoli uncovers the extraordinary world of the “castrati”, and sings the glorious music they inspired.

The “Sacrificium” project will tell the story of the castrati in all its complexity; its beauty, glamour, controversy and cruelty. The album focuses on the Neapolitan school, which produced superstar castrati including Farinelli and Caffarelli. “The age of the castrati” inspired some of the most virtuosic repertoire ever written for the human voice; elaborate coloratura showpieces and beautiful slow arias, written for the extraordinary vocal abilities of the leading castrati.

a classic Bartoli offering – an almost painfully slickly produced product that nevertheless sees off critical cynicism with its dramatic, technical and vocal prowess...[The arias'] virtuosity and range of emotion are as remarkable as Bartoli’s excitingly, flawlessly passionate delivery of them.