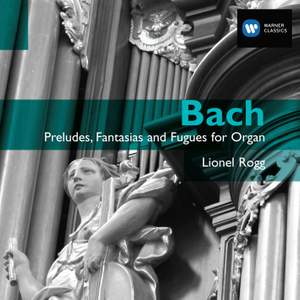 Any collection of recordings of Johann Sebastian Bach (1685-1750) must include a good proportion of his compositions for the organ on which he must have been a master-performer and for which he provided a treasure trove of works. With organs requiring large acoustics they are usually to be found in churches, but such is the expense of maintaining them and the buildings in which they are housed that some are falling in to a state of disrepair or are being removed to be replaced by modern electrical or electronic instruments which, for all their good workmanship, completely fail to match the majesty of the original. Recordings, therefore, on a fine Hi-fi system are a superb alternative to travelling long distances to sit on often uncomfortable pews in cold churches (however that is not to say that they should completely replace the chance of hearing an original in real life, like other forms of music a live performance has added dimensions, it is just that it is becoming harder to attend such occasions). Lionel Rogg, in this second of several planned sets, brings together the remainder of the more extended works which are either a Fantasia, Prelude or Toccata followed by a Fugue, together with works which are Fantasias and Preludes without Fugues and some Fugues on their own.