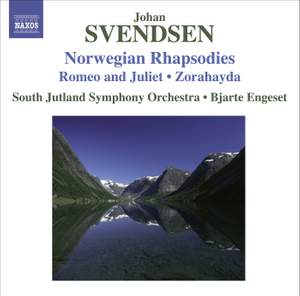 His Romeo and Juliet, completed prior to Tchaikovsky’s fantasy-overture, and Zorahayda, based on Washington Irving’s tale of a Moorish princess and a Christian knight, are dreamy musical evocations of two classic love stories.