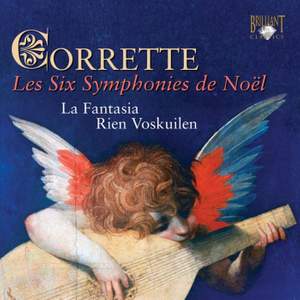 Corrette, M: Noel Symphony No. 5 in A Minor

Corrette, M: Noel Symphony No. 6 in A Major

Michel Corrette (1709–1795) was born in Rouen, where his father Gaspard was an organist. Sadly, little is known about his early life, but we know he held positions as organist in several churches in Paris. For many years his reputation rested on his teaching methods and educational works, and he can claim to have written and published more teaching methods than any other composer. These include works on the mandolin, guitar, violin, cello, viola da gamba, organ, harpsichord, double bass and harp. Today, these books are of interest as they throw light upon the ‘Italian’ style that was all the rage in France in the early 18th century. The proceeds of all these successful books meant that Corrette became relatively well off, which aroused feelings of envy among his contemporaries, who often made sure that his music received lukewarm reviews.

On this disc of Les Six Symphonies de Noël, we hear Corrette writing in a style firmly rooted in the Baroque, but the inclusion of ‘foreign’ material such as the tune from Poland and from North America show the innovative and truly creative side of the composer. Noëls were extremely popular in France, and many were intendedfor organ alone, though Corrette stipulates that his can be performed within an orchestral setting. He probably meant by this that the organ and a small string ensemble would be the ideal forces.