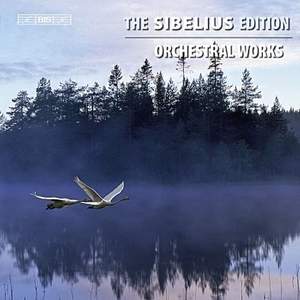 Tableau 2: The founding of Viipuri Castle

Karelia, JS 115, Tableau 3 "Narimont, the Duke of Lithuania, Levying Taxes in the Province of Kakisalmi"

Tableau 3: Narimont, the Duke of Lithuania, levying taxes in the province of Kakisalmi: Allegro

Tableau 3: Narimont, the Duke of Lithuania, levying taxes in the province of Kakisalmi: Intermezzo I

Tableau 5: Pontus De la Gardie at the gates of Kakisalmi in 1580: Intermezzo II

Tableau 6: The siege of Viipuri

Tableaux 7 and 8: The reunion of Old Finland with the rest of Finland: Andante ma non troppo lento

Tableaux 7 and 8: The reunion of Old Finland with the rest of Finland: Vivace molto

Tableau 1: Vainamoinen delights Nature, and the peoples of Kaleva and Pohjola, with his song

Tableau 2: The Finns are baptized

Tableau 4: The Finns in the Thirty Years War

Music played during the tableau

Sibelius: Overture in A minor, JS144

II. Rakastetun tie (The Path of the Beloved)

Autrefois, Op. 96b (version for 2 clarinets and orchestra)

III. In the summer

Sibelius: Karelia, JS 115, Tableaux 7 & 8 "The Reunion of Old Finalnd with the Rest of Finland" (Alternative Version)

Tableaux 7 and 8: The reunion of Old Finland with the rest of Finland: Moderato

Tableaux 7 and 8: The reunion of Old Finland with the rest of Finland: Vivace molto

6 Impromptus, Op. 5: No. 5 in B Minor (preliminary version) (arr. for string orchestra)

This instalment returns to the field in which the Finnish master has earned the greatest acclaim. Sibelius himself is reported to have said: ‘I am a man of the orchestra. You must judge me from my orchestral works.’ This disc includes some of Sibelius’s best-known works (the Violin Concerto in Leonidas Kavakos’ award-winning recording and the Karelia Suite newly recorded by Osmo Vänskä to name but two) to rarities such as an early version of Rakastava never previously on disc.