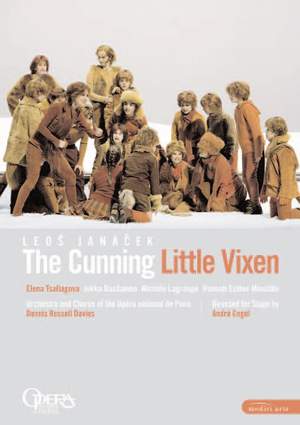 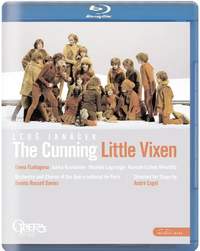 Janácek's The Cunning Little Vixen, premièred in 1924, was described by its composer as "a comic opera with a sad ending". It is a profoundly poetic tale for which the composer wrote some wonderful, life-enriching music that is magnificently orchestrated. "His music is quite simply overwhelmingly moving," says André Engel, who, working with an outstanding cast, directed a new production of this fascinating work for the Paris Opéra. Elena Tsallagova gives a stirring portrayal of the Vixen, singing with sparkling tone and acting with athletic grace, but overall it is a genuine company achievement, staging by renowned director André Engel with delightful costumes by Elizabeth Neumuller.

"Elena Tsallagova made an irresistible vixen with her lovingly observed paw-work and pretty soprano…Some of the best singing of the evening came from Jukka Rasilainen as the all-important gamekeeper." Opera News