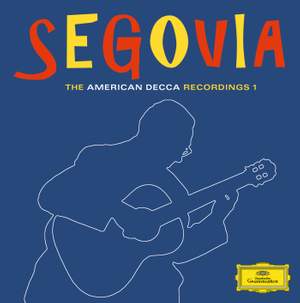 This is Segovia absolutely in his prime, tackling everything from Frescobaldi, Handel and Haydn through Mendelssohn and Franck to Falla, Villa-Lobos and Tansman with his inimitable combination... — Gramophone Magazine, September 2009 More…

Handel: Suite No.4 In D Minor For Harpsichord, HWV 437

Dance of the Blessed Spirits

No.8 Waltz in B flat major

No.8 in F sharp minor

Many of these 80+ tracks are appearing on Deutsche Grammophon for the first time. The set has been newly remastered, with a minimum of intervention, from original tapes or tape copies of original glass masters. Like the best whisky, Segovia’s art is unfiltered on these CDs. The results reveal a new intimacy and delicacy in these six classic recitals that are wholly captivating.

The package: Mini-LP sleeves (front and back), CD booklet (in the style of the The Martha Argerich Collection) has new liner notes by Segovia expert Graham Wade comprising introduction and annotations on each of the albums, with colour minis.

This is Segovia absolutely in his prime, tackling everything from Frescobaldi, Handel and Haydn through Mendelssohn and Franck to Falla, Villa-Lobos and Tansman with his inimitable combination of childlike innocence and arch sophistication. Sensitively remastered and with excellent notes by Segovia expert Graham Wade...