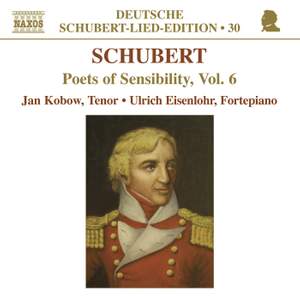 Schubert set the poetry of over 115 writers to music. He selected poems from classical Greece, the Middle Ages and the Renaissance, from eighteenth-century German authors, early Romantics, Biedermeier poets, and Heine.

The Deutsche Schubert-Lied-Edition presents all Schubert’s Lieder, over 700 songs, grouped according to the poets who inspired him. Thanks to Bärenreiter’s Neue Schubert-Ausgabe (New Schubert Edition), Tübingen, which uses primary sources, the performers have been able to benefit from the most recent research of the editorial team.