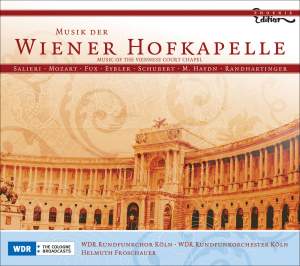 Music of the Viennese Court Chapel

The Wiener Hofkapelle was founded in 1498, and since then a multitude of composers have left their musical imprints behind in the form of commissioned works for ecclesiastical celebrations, coronation ceremonies, lyrical dramas, operas or simple and courtly light music. In the Viennese Classical era the Wiener Hofkapelle enjoyed the compositions of none other than W.A. Mozart. The music was by and large sacred, and to this day there is a large number of works still extant. Joseph Leopold von Eybler, Johann von Herbeck and others impress with their magnificent and richly orchestrated sacral works.