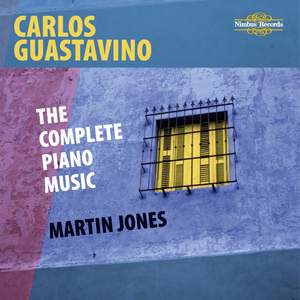 Carlos Guastavino was born in Santa Fe Province, Argentina. He studied music in Santa Fe with Esperanza Lothringer and Dominga Iaffei, and in Buenos Aires with Athos Palma. A talented pianist, he performed his piano works in London in 1947, 1948, and 1949, invited by the BBC, and as a recipient of a scholarship from the British Council. One of the foremost Argentine composers of the 20th century, his production amounted to over 200 works, most of them songs for piano and voice. His style was quite conservative, always tonal and lusciously romantic. His compositions were clearly influenced by Argentine folk music.