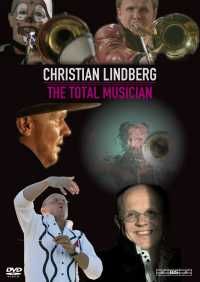 It is rare to hear a recital devoted entirely to the trombone, and rarer still to hear one of such ingenuity and excellence as that given by Christian Lindberg. — The Times

BIS’s first-ever DVD is dedicated to one of the label’s most charismatic and longest-standing artists: Christian Lindberg. In celebration of his 50th birthday, BIS presents this DVD which reflects all aspects of his extraordinary career.

It forms an extensive – 3h 40 minutes – portrayal of this multi-faceted musician who since his début on disc (on BIS-CD-258) in 1984 almost single-handedly has turned the trombone into a solo instrument. But those who have followed his career, and his discography on BIS, will know that over the past few years Lindberg has also been developing a reputation as a composer and conductor.

The DVD includes two hour-long documentaries and the long-awaited re-release of four filmed performances including Jan Sandström’s Motorbike Concerto, which Lindberg performed at the Last Night of the Proms. Lindberg discusses these vintage performances as well as showing footage of him enacting his own Bombay Bay Barracuda for trombone and tape – mostly filmed under water! The final component of this DVD brings together some of the world’s finest brass players, including Håkan Hardenberger and Ole-Edvard Antonsen.

It is rare to hear a recital devoted entirely to the trombone, and rarer still to hear one of such ingenuity and excellence as that given by Christian Lindberg.