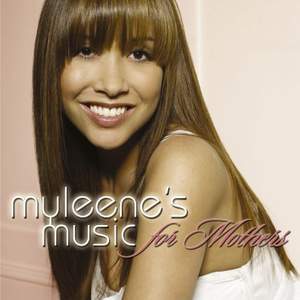 Bernstein: America (from West Side Story)

Prokofiev: Peter and the Wolf - A Musical Tale for Children Op. 67 (extract)

Following the success of the No.1 best-selling ‘Myleene’s Music for Romance’, this beautiful new album of classical music has been specially created for mothers of all ages. The 2CD set is compiled from the EMI Classics catalogue, with the added bonus of two tracks performed by Myleene herself on the piano and recorded specially for this collection. These two tracks are the popular ‘America’ from West Side Story, written by Leonard Bernstein and Ennio Morricone’s ‘Chi Mai’, known best as the theme tune to the 1981 BBC TV drama serial ‘The Life and Times of Lloyd George’.

"This album’s not just for new mothers like me, but for all mums, nanas and even ‘mummies to be!’ All mothers deserve some time to relax and treat themselves and I made this album with exactly that in mind!” Myleene Klass