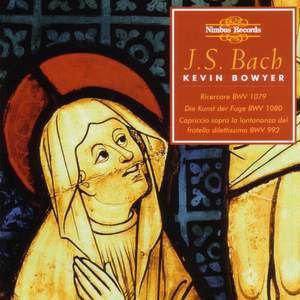 The last ten years of his life saw Bach developing a private preoccupation with the technical and musical possibilities surrounding strict fugal and canonic polyphony. The publication of the Goldberg Variations (BWV 988, 1742), with nine strict canons (to which an appendix of an additional fourteen has been recently discovered), the Musical Offering (BWV 1079, 1747), containing alongside two excellent ricercari, nine cerebrally devised canons in varying forms, and the canonic variations on Vom Himmel hoch (BWV 769, see Volume XI in this series), clearly reflect Bach’s increasing obsession with this type of composition. It comes as no surprise, therefore, to find that during the same period, Bach began another series of canons and fugues under the title The Art of Fugue