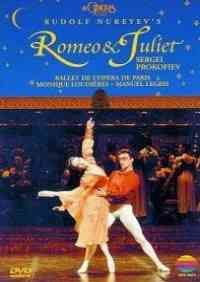 Nureyev placed particular emphasis on the personalities of Tybalt and Mercutio, ‘champions’ of each of the two rival clans – one sombre and vindictive, the other roguish and a little mad. He attempted to bring to life the argumentative and truculent people of Verona, opting for an atmosphere both sensual and brutal, an era both refined and bawdy, superb in appearance and cruel in reality. Life and death here take turns on the Wheel of Fortune, with youth fighting to the death in the streets.

The sumptuous production calls upon the full force of the company, who brilliantly portray the street fights of the feuding Capulets and Montagues and the raptures and despair that mark the young lovers’ tragedy. With mesmerising dance, colourful costumes and dazzling set, this production of Shakespeare’s most loved play has enthralled audiences and critics alike.

“..a splendid recreation, totally faithful to Nureyev, this Romeo & Juliet is one of the great events of the year.” LE FIGARO