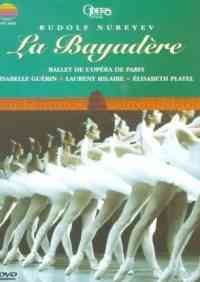 Exotic and mysterious India serves as the backdrop to this story of doomed love. The bayadere Nikiya loves the warrior Solor and is loved by him in return. Solor however is obliged to become engaged to Gamzatti, daughter of a Rajah. Gamzatti, aware that Nikiya is her rival, sends her a basket of flowers, concealing a snake. Bitten by it, Nikiya dies, and Solor, driven to despair by her death, takes refuge in opium-induced thoughts. The ghosts of dead bayadères appear to him in the Kingdom of Shades – among them is Nikiya who forgives him.