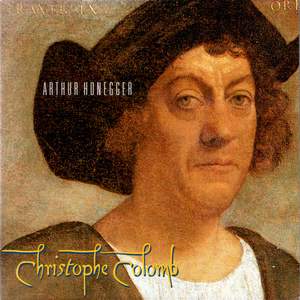 Evidently He Is Not Very Happy...

Here You Are, Christopher...

Christoph Colomb is an ambitious radio-play, scored for 10 actors, an orchestra of 40 musicians, plus a large chorus with soloists. Perhaps it is due to these unusual forces that the piece faded into obscurity after its radio premiere.

Through much hard work, Opera Sacra of Buffalo, New York reconstructed Christoph Colomb from the original manuscript and performed it with a new English translation of Aguet's surprisingly astute and politically correct text.

For the first time on record, Mode is proud to present this major addition to the Honegger discography. The deluxe slipcase packaging includes a 64-page libretto with complete texts in English, French and German along with liner notes by music historian Jeremy Noble.