I was watching the TV Drama ‘Casualty’ on Saturday night and after the opening titles the music immediately dissolved into Arvo Pärt’s haunting work for violin and piano ‘Spiegel im Spiegel’. It is music of great simplicity, but with a feeling of deep melancholy and sadness. Here it accompanied the character Ruth waking up and getting ready for her day. It was a very clever choice by the directors and gave the viewer a real sense of unease about what was going to happen to Ruth that day. At the end of the programme the music returned as Ruth was rushed into hospital having attempted suicide, unclear whether or not she was going to survive.

I’m always very aware of the music used in films and on television, (probably more so than most). Sometimes it supports the action on screen and sometimes it enhances it and gains a deeper emotional response from the viewer. This was definitely a case of the latter, and the real quality of it lies in the fact that whether the viewer was consciously listening to it or not, I’m sure it drew a similar emotional response from all. 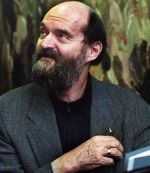 Arvo Pärt’s music often has a spiritual or sacred theme, but it is his minimal and contemplative compositional style that has brought the composer such popularity and also attracted many new listeners to classical music. His works (particularly 'Spiegel im Spiegel') have been used in many films and are probably known to many people who don’t realise it.

There are many good recordings of 'Spiegel im Spiegel' but if I had to recommend one I would definitely go for the Vladimir Spivakov and Sergei Berzodny recording on ECM. Apart form being the work's dedicatee, Spivakov's tone is so evenly controlled that you become transfixed by the beauty and poignancy of the music. It is also a quite unusual disc as it starts and ends with 'Spiegel im Spiegel' (as did interestingly enough the episode of Casualty) and also has yet another recording of the same work (this time with cello rather than violin) in the middle. I suppose you might describe it as a ‘concept album’ – the mirroring order of works on the disc matching the title of the work (‘Spiegel’ is German for ‘mirror’). But rest assured you won’t feel short-changed by it, as it is quite simply one of the most beautiful records you are ever likely to buy.

Listen to the beginning of Spiegel im Spiegel 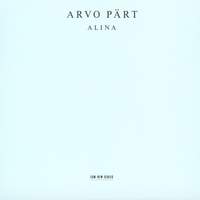 This disc offers an unusually pure distillation of Arvo Pärt's mature music, distinguished by what the composer refers to as the 'tintinnabuli style' in which simple scalar melodic phrases are suspended over slowly repeated triadic arpeggios to create a timeless sense of enfolding movement. e disc itself has an enfolding structure - three performances of 'Spiegel im Spiegel' (Mirror in Mirror) are separated by two performances of 'Für Alina' - creating a hall of mirrors to mimic the symmetry of the music, and giving the proceedings as a whole a potent and sustained atmosphere of meditative ritual.