Unlike the immediate success of musicals such as West Side Story and On the Town, Leonard Bernstein's comic operetta, Candide, was not quite so fortunate (the original 1956 Broadway production was a box office disaster and closed after just seventy-three performances). Part of the criticism stemmed from a perceived mismatch between the seriousness of the libretto and the more light-hearted tone of the music, combined with the inherent difficulty of adapting Voltaire's satirical, picaresque novella in the first place. 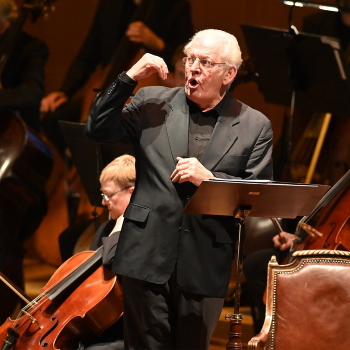 Bernstein himself seems to have recognised these problems, for he tinkered with it many times during the subsequent decades, so much so that there are several, wildly different performing versions. His own 1989 recording was an attempt at a definitive structure, and yet even after his death the following year there were further undertakings to overhaul the score, including one by conductor and Bernstein protégée Marin Alsop for her 2004 semi-staged New York performances, which forms the basis of her new recording with the London Symphony Orchestra.

I won't dwell on the differences between the many versions: suffice it to say that Alsop opts for an Act One that is broadly similar to Bernstein's (as this performance was semi-staged, she also throws in several passages intended to underscore scene changes and the like). However, perhaps taking on board some of the original criticism that the work was far too long, she prefers a much leaner Act Two, so we lose numbers such as "Quiet", "Words, Words, Words", and "Nothing More Than This". On the other hand, we do get the brief but pleasant "Sheep Song" (inserted into 1973 revival performances but not included in Bernstein's recording), in which Paquette bemoans the tedium of the paradise that is Eldorado (where, according to the narration, there is "love without possession, freedom without licence, and justice without lawyers. And sheep. Lots of sheep.").

Aside from these architectural alterations, it's fascinating to hear the different approach that Alsop takes in general. Gone is a lot of the madcap mayhem and manic energy of Bernstein's account, replaced by a more easy-going vibe that arguably gives the music more room to breathe. Even in the linking narrations, whereas Adolph Green took on an acerbic, world-weary demeanour for Bernstein, Thomas Allen here adopts a more avuncular, playful tone with his delivery. I must admit I was worried that on repeated listening some of the extended dialogue sequences would become tiresome, but I'm pleased to say that didn't happen: there is enough dry wit and arch self-awareness that I was kept entertained even after knowing all the jokes off-by-heart!

Allen also sings the role of Dr Pangloss, delivering numbers such as "The Best of All Possible Worlds" and "Dear Boy" with relish. The rest of the men are on great form too, especially Thomas Atkins as the crooked Dutch ship merchant, Vanderdendur in "Bon Voyage", and Marcus Farnsworth as a pleasingly vain Maximilian obsessing over the possible flaring up of a pimple in "Life is Happiness Indeed". Similarly, Leonardo Capalbo impresses in the title role, touchingly tender as he mourns the apparent death of his beloved Cunegonde in his Act One "Lament". 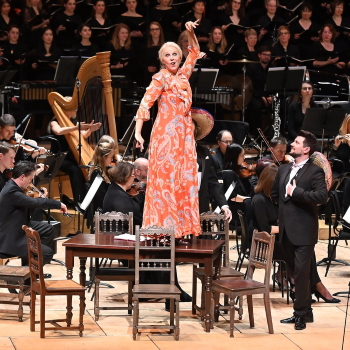 For me, though, it is the ladies who steal the show: Jane Archibald as Cunegonde is deftly acrobatic in the vocal fireworks of "Glitter and Be Gay", while Anne Sofie von Otter gleefully hams it up as the single-buttocked Old Lady in both her rendition of "I Am Easily Assimilated" and also her contribution to my favourite number from the whole show, the Act Two ensemble, "What's The Use".

I shouldn't ignore the excellent contribution from the London Symphony Chorus, who move with ease from the baying crowd in the "Auto-da-fé" to the hushed, moving simplicity of "Universal Good". Similarly, the orchestral playing is magnificent throughout: bleak and yet still hopeful in Candide's aforementioned lament, swaggeringly opulent in "The Paris Waltz", and dazzlingly radiant as the protagonists arrive at Eldorado, the lost city of gold. The concluding number for the entire company, "Make Our Garden Grow", is extremely powerful, ending on the reassuringly optimistic sentiment that (in the words of Richard Wilbur, one of the work's many librettists), "We're neither pure nor wise nor good; We'll do the best we know. We'll build our house, and chop our wood, And make our garden grow". 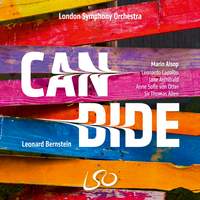