It was around a year ago that Emily D’Angelo blazed onto my radar when a friend shared an extraordinary video of her performing The Composer’s great paean to the ‘holy art’ of music from Strauss’s Ariadne auf Naxos in the final of the 2018 Concours musical international de Montréal. Though she was just 23 at the time, the Canadian-Italian mezzo already came across as a fully-formed artist ready to take on the world, her rock-steady technique and distinctive muscular sound allied with an assertive stage-presence and sense of being absolutely comfortable in her own skin that one rarely finds in singers at such an early stage in their journey.

Since then, D’Angelo’s career has gone from strength to strength: with recent highlights including Sesto in La Clemenza di Tito at Covent Garden and Idamante at the Bayerisches Staatsoper, it would have been easy enough for her to make her recording debut on Deutsche Grammophon with an all-Mozart album or perhaps a portfolio of trouser-roles, but instead she’s taken a route less travelled and put together a hauntingly beautiful programme of music by female composers past and present which works its own special magic and marks her out as an artist determined to plough her own furrow. 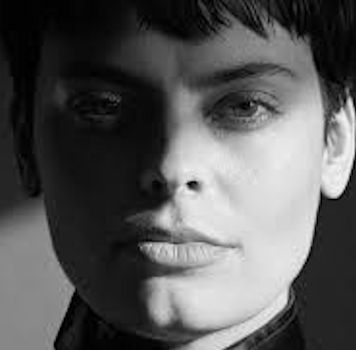 Taking its title from a Greek word meaning ‘the quality of extreme vividness, radiance or presentness’, Enargeia features works by American composers Sarah Kirkland Snider and Missy Mazzoli, the Icelander Hildur Guðnadóttir, and the medieval abbess and polymath Hildegard von Bingen, whose music is refracted through a contemporary lens to mesmerising effect thanks to new arrangements by Kirkland Snider and Mazzoli. The album opens with Guðnadóttir’s Fólk fær andlit (‘People Get Faces’), a stark prayer for mercy that’s intoned with grave, hieratic beauty by D’Angelo and is infused with the same sort of elegiac intensity which the composer brought to her score for HBO’s 2019 series Chernobyl.

Kirkland Snider’s arrangement of Bingen’s hymn to divine wisdom O Virtus Sapientiae, in which D’Angelo weaves in and out of the glassy, ethereal textures created by the Kuss Quartet, follows on so organically that it’s hard to believe that the music predates the previous track by a thousand years: one of the lovely things about this album is its seamless integration of the old and the new, which sometimes put me in mind of saxophonist Jan Garbarek’s best-selling collaboration with the Hilliard Ensemble on Officium back in the mid-1990s.

The first of two excerpts from Missy Mazzoli’s 2012 opera Song from the Uproar (based on the short but remarkable life of the Swiss explorer Isabelle Eberhardt) follows, with a pulsing string ostinato and explosive flute riffs conveying the protagonist’s frustration and isolation as she laments her position as ‘a lonely outsider among men’; ‘You Are The Dust’ (from the same work) is equally compelling, with D’Angelo dovetailing beautifully with the arid solo cello in the early stretches and unleashing that same fierce firepower that made her Strauss such a winner at the climax.

Three extracts from Kirkland Snider’s Homer-inspired song-cycle Penelope also impress, particularly the other-worldly beauty of ‘Nausicaa’ (which finds D’Angelo at her most tonally seductive) and the folkish, appropriately hypnotic ‘The Lotus Eaters’ which brings this bold, imaginative debut album to an unsettling but beguiling close.

With plans for the 2021/22 season including Donna Elvira with Pablo Heras-Casado at La Scala, Rossini’s Cenerentola at the Théâtre des Champs-Elysées and Le Prince Charmant (in Massenet’s Cendrillon) at the Met, D’Angelo’s already bright star looks set to rise and rise. One engagement in particular, though, augurs well for those of us who are unlikely to find ourselves in Milan, Paris or New York in the coming months: next May she’s due to sing the title-role in Handel’s Serse at Carnegie Hall with Harry Bicket and The English Concert, who launched their new partnership with Linn Records earlier this year with a superb Rodelinda. Given that the label announced that ’their forthcoming series of Handel operas will become an essential part of the catalogue’, the odds of D’Angelo’s volatile Persian king being preserved for posterity are looking good… 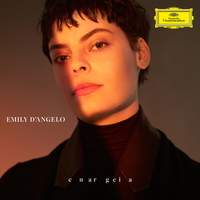