Daniil Trifonov's tribute to the Russian 'Silver Age' on Deutsche Grammophon (featuring music by Scriabin, Prokofiev and Stravinsky) takes the gold medal in this month's issue, with David Nice lauding the Russian pianist's 'mercurial intelligence' throughout the programme (and his 'monstrously beautiful' account of Prokofiev's Second Piano Concerto with Valéry Gergiev and the Mariinsky Orchestra in particular).

Other featured artists this month include Andreas Haefliger, Paul Wee, Christiane Karg, and...none other than Gustav Mahler, who joins the German soprano via piano roll for two songs on the all-Mahler recital-disc Erinnerung (released on Harmonia Mundi in October, with Malcolm Martineau her partner for the lion's share of the programme). 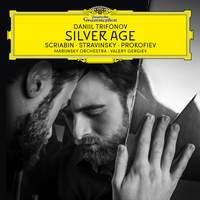 'This is certainly a golden age collection from Trifonov, and it’s admirable that these two discs are always more about the music than about him...If I were to choose a compendium of Russian (mostly) 20th-century works for solo piano and piano-with-orchestra, this would be close...Each interpretation is at the very top of the list...I learned new things about every work here, but the way Trifonov makes every moment live is simply astonishing.' 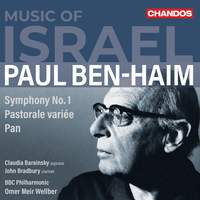 'Despite obvious differences in emphasis throughout the programme, the composer’s armoury remains remarkably consistent, not least in demonstrating his superb feeling for instrumental colour...The First Symphony is the most substantial work here...[the Presto finale] performed with mesmerising urgency by Wellber and the BBC Philharmonic...In total contrast, the central slow movement is more lyrical and impassioned, an oasis of relative calm which inspires some tremendously eloquent playing.' 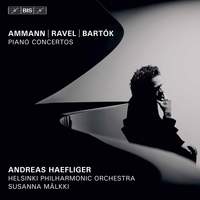 'Ammann delivers a rollercoaster ride of incredible rhythmic energy...After the mesmeric impact of Ammann’s work, it’s probably a good idea to pause before proceeding to the two other concertos. Both receive fine performances from these artists supported by nimble orchestral playing from the Helsinki Philharmonic...Haefliger is a very thoughtful player, bringing a variety of approaches to the different movements of the Bartók.' 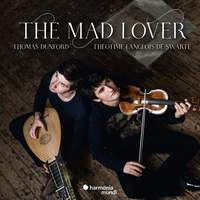 'Approaching the repertoire with a shared musical vision, they produce ravishingly expressive accounts from curtain up to lights down...De Swarte plays a noble Jacob Stainer violin from 1665 (formerly Reinhard Goebel’s), wielding its bow with chivalric flair in the elaborate Fantasia by the younger Nicola Matteis...Harmonia Mundi’s resonant recording and expert balance contribute to a truly outstanding disc.' 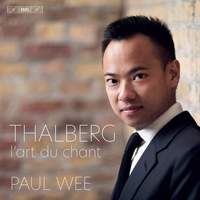 'Tone and touch are paramount, as Thalberg faithfully conveys the originals with an artistry far beyond that normally associated with transcription, managing to evoke a human voice accompanied by orchestra or piano...Wee’s evocative playing captures the spirit of each role...With a handful of Thalberg’s other arrangements as a welcome bonus and gorgeous recorded sound, this is one to cherish.' 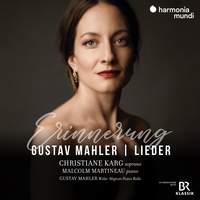 'There are no rarities here, but the sequence is thoughtful...And the performance of this recital is magnificent, painting each miniature landscape in generous, vivid detail...The voice sounds fresh and brilliant, each word charged with meaning. Malcolm Martineau is at his imaginative best, his boundless colouristic range matching or thought-provoking... A treat from start to finish.' 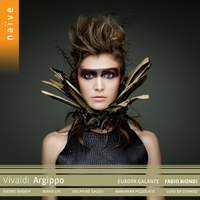 'Scholarship aside, what counts is whether Fabio Biondi directing Europa Galante finds satisfying music theatre in this collage. And so he does...Vivaldi’s musical fingerprints are everywhere on the score – those driving violins with their urgent rhythms, careful word painting and at best characters revealed through their music...Of the women characters Delphine Galou’s Zanaida gets the pick of the arias in a recording that is bright and lets the singers lead, which is as it should be.' 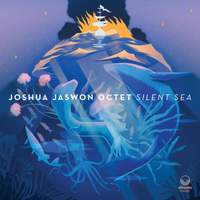 'Jaswon has created music on themes of the environment and Brexit after reading Silent Sea, a poetry collection collated by Jackie Kay, Scotland’s makar...The prosaic title for the pieces that form the core of this album – ‘Reduce/Reuse/Recycle Suite’ – suggests a dispiriting listen. But the six movements and their variations make for a thrilling and provocative programme...It’s a powerful soundtrack for desperate times.'