Recording of the Week,  A Christmas double-bill from Mexico and Ireland

‘Christmas in colonial Central America’ is an increasingly popular theme for concerts and recordings – the trail blazed in large part by Jeffrey Skidmore and Ex Cathedra over the past few decades is now a well-trodden path, and none the worse for that. It does mean that new albums released in this vein need to do something to set themselves apart – as Patrick Allies’s Siglo de Oro do with Christmas in Puebla. It’s centred on the city where the composer Juan Gutiérrez de Padilla worked – one of only a handful of composers from the Spanish Golden Age who permanently relocated to what was then New Spain. He can perhaps be termed as much a Mexican composer as a Spanish one. 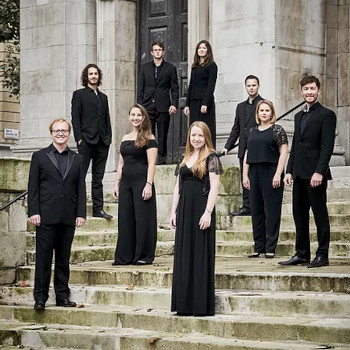 Padilla is known above all for his many villancicos, lively dance-like numbers often with a Christmas theme. Straddling the boundary between secular and sacred, these carols found their way into the liturgy despite their seeming inappropriateness – with sometimes as many as nine being performed during Matins and on feast days in Renaissance and Baroque Iberia and its various colonies. Christmas in Puebla presents a selection of villancicos; we are treated to Padilla’s own substantial A la xácara xacarilla, featuring plenty of percussion, as well as the rhythmically irrepressible Convidando está la noche by his successor Juan García de Zéspedes. Exemplifying the enthusiastic adoption of non-Spanish elements into the villancico tradition is Tleycantimo choquiliya by Padilla’s predecessor Gaspar Fernandes. This is a vision of Saint Mary lulling the newborn Jesus that, while delicate enough at times, elsewhere seems energetic enough to wake the baby! The text is a macaronic one in both Nahuatl and Spanish – the Old World and the New quite literally inextricably entwined.

The villancicos by themselves might seem merely a pinch of programming spice, but the true beauty of this album lies in the subtle incorporation of their upbeat mood into the other works. A complete Mass by Padilla is included, along with the motet Joseph fili David on which it is based, with the performances frequently enhanced by instrumental additions that might seem anathema to purists. If I mention the light guitar strumming in some passages of the Gloria and Credo, for instance, some readers may recoil in horror – but it absolutely works, because the whole ensemble is so committed to the performance. 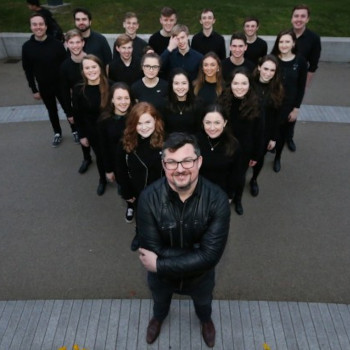 The other album that’s really caught my attention as Christmas approaches comes from the Emerald Isle’s chillier shores – the Choral Scholars of University College Dublin under Desmond Earley providing a contemporary, and unmistakeably Irish, take on the Christmas tradition with Be All Merry. We open with Matthew Culloton’s gently funky re-spinning of the ever-popular In dulci jubilo, evoking the cloudy sonorities of Lauridsen’s O Magnum Mysterium or Sandström’s Det är en ros utsprungen, and also showing the light, ever so slightly breathy tone of the Scholars at its most enchanting. Compared to Siglo de Oro this undergraduate choir sings with a far younger voice, and that different timbre has a charm all its own.

Through the influence of the Nine Lessons and Carols tradition, largely focused on King’s College Cambridge, much of the popular imagery of Christmas has acquired a dusting of Englishness. This album seeks in part to reaffirm the Irish, and more broadly Gaelic, side of things – not merely in the form of the well-loved Wexford Carol, but in Elaine Agnew’s Curoo Curoo, Fionntán Ó Cearbhaill’s Scots lullaby Suantraí and Adhamhnán Mac Domhnaill’s evocative Cró na Nollag – where again the Scholars, and soloists Kiri O’Neill and Emily Doyle, achieve a beautifully delicate, almost vulnerable sound.

This year, little has escaped the touch of Covid-19. Many recordings have barely avoided being truncated by an emergency lockdown, and this one is no exception. Earley comments that the post-production phase took place as the pandemic was taking hold in much of the world, and inevitably the titular merrymaking is tempered by that. The final two tracks, then, hold a particular emotional power. Linda Kachelmeier’s profoundly moving We Toast the Days speaks of both the good and the bad in the year past and the year to come, and we end with Earley’s own arrangement (complete with Macmillan-esque flicks and flourishes) of the immortal Auld Lang Syne. 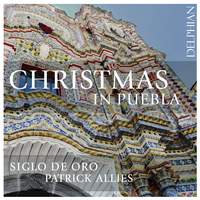 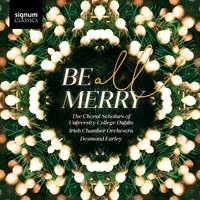