Recording of the Week,  John Williams conducts the Vienna Philharmonic 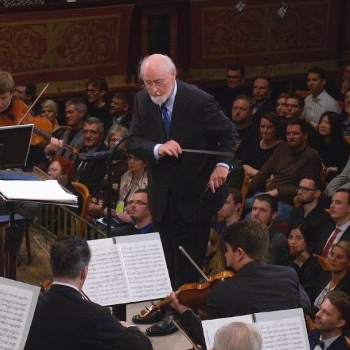 Better late than never, so the saying goes. Although composer John Williams has had long associations with the London Symphony Orchestra and many of the major American ensembles, his debut with the illustrious Vienna Philharmonic did not occur until January of this year, when the sprightly 87-year-old took to the podium of the Musikverein to conduct a programme of his own music, now released by Deutsche Grammophon.

Much has been made of the fact that such a 'traditional' (for want of a better word) orchestra was playing an entire concert of film music, yet it's not all that strange: Williams makes the point that many of the composers from the 1930s who helped to establish the "Hollywood Sound", such as Korngold, Max Steiner, Franz Waxman, and Ernest Gold, were émigrés from Austria and Germany, and so the late-Romantic sound world that typifies many of Williams's scores is not actually all that alien to these players.

Speaking of aliens, one of the highlights is undoubtedly the suite from Close Encounters of the Third Kind, where oppressive, biting trombones in the earlier passages give way to incredibly lush string playing in the more Disney-like sections from the film's close, ending serenely as a solo oboe exquisitely intones the famous five-note motif used as a method of communication by the interplanetary visitors.

It's certainly unfair, if perhaps inevitable, that any film music performance will be compared against the original soundtrack recording. Played at a fractionally steadier speed than the film tempo, I did feel that the early sections of Adventures on Earth from E.T. The Extra Terrestrial didn't quite soar the way that I had hoped. Furthermore, having become so accustomed over many years to the distinctive attack of the LSO brass, hearing Star Wars with the mellower sound of rotary trumpets did take a bit of getting used to! In the grand scheme of things, though, these are minor quibbles, and by the end of E.T., any reservations I had were completely dispelled by the sheer majesty of the orchestral sound, not least from the horns, who dispatch their closing fanfares with radiance and nobility.

Indeed, if I were to award a prize for "Best Section", then it would definitely be the horns, who are magnificent throughout. Viennese horns tend to have a somewhat brighter, more focused sound than the more common "French" horns, and that really comes across here. Whether it be nuanced solos in Jurassic Park and the Luke and Leia movement from Return of the Jedi, or the robust might of the entire section in a powerful performance of The Imperial March from The Empire Strikes Back (the latter piece not originally on the programme but added as a last-minute encore at the request of the brass section!), there were several moments where I (and Williams too, judging by the smile on his face) was thrilled by their distinguished playing. There was one passage from Hook where they were so gloriously resplendent that, never mind Peter Pan, it was as if Siegfried himself had just arrived in Neverland! 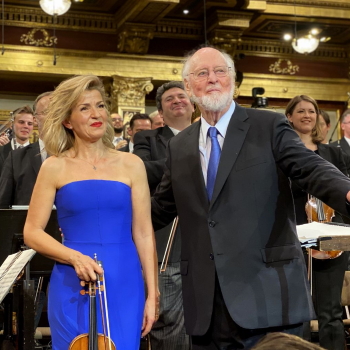 In case you're wondering how I could tell that Williams was smiling, the deluxe version includes a blu-ray video of the full concert (including an extra six pieces featuring Anne-Sophie Mutter as violin soloist that are not contained on the CD/download version). It's a joy to observe the evident affinity between Mutter and Williams. Mutter is a long-time fan and advocate of Williams's music, and indeed her album from last year, Across the Stars, presented a selection of his movie themes reworked for violin and orchestra.

When I interviewed her at the time of that album's release, I lamented the omission of the Devil's Dance from The Witches of Eastwick, so I'm delighted that it has been included here. Along the lines of a Danse macabre, it's a fiendishly virtuosic showstopper, and Mutter revels in the diabolical cadenzas and dazzingly devilish writing that Williams affords her.

The many standing ovations and cheers before, during, and after the concert speak for themselves as a testament to the impact of Williams's music and his ability to move an audience, and I am thrilled that it has been preserved here in both audio and video formats. 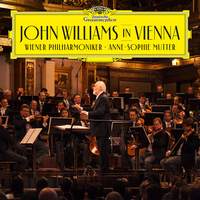 John Williams in Vienna (CD/Download only) 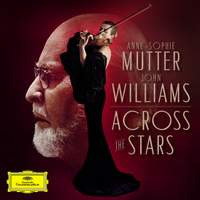 John Williams and Anne-Sophie Mutter - Across The Stars