In the interests of full disclosure, I’ll admit that competition wasn’t especially stiff to review today’s Recording of the Week: ‘I’m sure he’ll play them quite beautifully, but to be honest I’d rather watch paint dry than listen to an entire album of Beethoven bagatelles’ sighed a colleague when the subject came up in an editorial meeting last month, and indeed the works met with a similar lack of enthusiasm immediately after conception. On receiving the commissioned manuscript for Op. 119 in 1823, Beethoven’s publisher Carl Friedrich Peters huffed that they were too tricky for amateurs, insufficiently challenging for accomplished pianists, and generally unworthy of publication altogether. 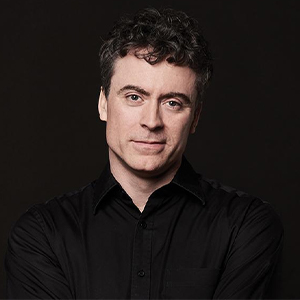 I’m quietly confident that just a minute or two in the company of Paul Lewis would prompt both men to reconsider: the British pianist’s affection and respect for these still-underappreciated little pieces is evident from the very first phrase of this lovely recital as he launches into Op. 33 with the musical equivalent of a raised eyebrow, the wry stretching of the upbeat hinting at a smörgåsbord of surprises in store. First published in 1803 (around the time of the Eroica Symphony, the C minor Piano Concerto, and the Tempest and Hunt Sonatas), this early set of seven Bagatelles may have its feet squarely in the Classical world in terms of harmonic landscape and structure, but as Lewis gently reminds us at every turn there’s a wealth of innovation and imagination at work here as well as numerous subtle and not-so-subtle foreshadowings of various masterworks around the corner. When we spoke about the project last month, he marvelled at the composer’s ability to build something unique and engaging out of ‘virtually no musical material’ in these early works, and the same could be said of Lewis’s own imaginative treatment of the notes on the page: in the hands of a lesser pianist, the rondo theme of the first Bagatelle could easily outstay its welcome (potentially sinking the entire disc in the process), but its every iteration is shaped and coloured differently here, evoking the polite gentility of the ball-room in one breath and the blazing horns of the Eroica scherzo in the next.

The following Bagatelle in C major is for me one of the highlights of the set, with Lewis mining its broad humour for all its worth: the deliberately graceless thumps in the bass rather put me in mind of Saint-Saëns’s affectionate lampooning of gauche amateur pianists in Le Carnaval des Animaux eighty years later, though perhaps the most obvious point of reference is Haydn’s Surprise Symphony from a decade earlier. (Lewis has programmed this set alongside Haydn in numerous live concerts over the past few years, and it’s easy to see why – though on balance I’m glad that he chose to present Beethoven’s entire output in the genre on its own terms on this album, the decision serving to underline just how far the composer developed this apparently slight form in the space of a quarter-century).

After the high-jinx of the Waldstein-ish finale of Op. 33, the melancholy opening of Op. 119 is all the more striking, and provides one of the finest examples of Lewis’s matchless cantabile playing on the disc: there are moments aplenty here where his modern instrument (the booklet doesn’t specify a model) sounds for all the world like a clavichord or fortepiano, whilst organ-like sonorities abound in the hymn-like passages of Nos. 4 and 11. The high-point of the album, though, is the astonishing Op. 126 set – Beethoven’s last substantial work for the piano, which Lewis describes as a ‘summation of everything that’s gone before’ and treats with the same transcendental awe which made his interpretations of the late sonatas such a marvel back in 2008.

Heard straight after this radical last-will-and-testament, the ubiquitous Für Elise could easily feel banal and hackneyed, but Lewis achieves the remarkable feat of making us hear it with fresh ears through the sheer simplicity and introspection of his playing, and the three under-recorded, opus-less Klavierstücke also come across as rich and strange little gems in their own right. This is altogether a wonderful album, and the most eloquent of postscripts to the pianist’s towering survey of the complete piano sonatas.

Read our full interview with Paul Lewis about the project here. 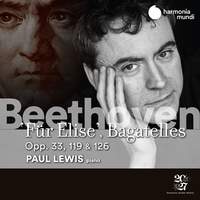