It’s almost exactly two years since I made my Presto newsletter debut, reviewing a disc of Rossini arias from a brilliant Russian soprano who was then barely out of her teens: a lot has happened for Julia Lezhneva since then, including debuts at La Monnaie and the Salzburg Festival, and a long-term contract with Decca, for whom she’s already recorded an exuberant, endearing Rossane in Handel’s Alessandro. For her first solo outing on the label, Lezhneva has chosen an all-sacred programme of motets by Vivaldi, Handel, Porpora and Mozart, all of which finish with a florid ‘Alleluia!’ section: she explains in the booklet-note that she’s holding fire on recording more operatic arias until she has more stage experience, and the modesty and sound judgment which underpin this remark are everywhere in evidence throughout the disc. 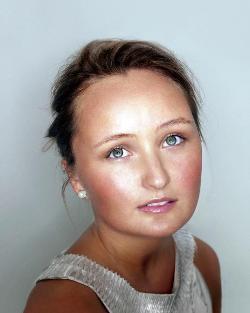 Other than Mozart’s evergreen Exsultate, jubilate (which fits her agile, effervescent voice like a glove), the works on this disc were new to me: indeed Porpora’s pastoral In caelo stele clare fulgescant receives its first outing on disc, having been unearthed from the British Library by Decca after Lehzneva asked for some repertoire suggestions. (She writes touchingly of experiencing ‘a moment of love’ on setting eyes on the score, and her enthusiasm and affection for everything she sings comes across in every bar). Handel’s Saeviat tellus inter rigores (written for the nuns of the Carmelite Order) showcases her breathtaking coloratura facility in the outer movements but the disc’s plum track, for me, is the serene E major ‘sleep-aria’ (O nox dulcis), where her radiant middle register and weightless legato are absolutely mesmerising.

The repertoire on the earlier Rossini disc suggested that Lezhneva was keeping one foot in both the soprano and mezzo camps, but these four works are all very much soprano territory (check out those high Ds in the Handel!). In a recent interview, Lezhneva indicated that she’d started out with ‘in-between’ roles whilst solidifying her technique to avoid taxing her still-developing upper register, but on the evidence here it’s gained in security and sheen, and everything now sits a little higher than her early performances indicated. The purity of her voice has been much vaunted in the press, but this is no vibrato-free, pseudo-treble sound: there’s a warmth and sensuality to the timbre, and she treats repeated text with insight and imagination that never descends into mannerism.

One of the things I found so refreshing about that first disc in 2011 was the disarming lack of precociousness in terms of tone, and if anything that’s even more pronounced here: everything sounds beautifully healthy and secure, and she never digs into chest-voice for low notes or puts undue pressure on the very top of the voice. Just occasionally, I did wish she’d step on the gas a tiny bit in the more dramatic outbursts - for instance in the declamatory opening of the Handel cantata - but it’s heartening to see a singer of this potential (and those advising and working with her) husbanding her resources with such eminent good sense and respect.

I have a hunch, though, that there’s a far larger, more dramatic voice cooking here: the coming years look set to put flesh on the lower register, and the focus and ping that’s already there may well develop into a real metallic blade that will work wonders in bigger bel canto roles and beyond. This is a real Portrait of the Artist as a Young Woman, and I can’t wait to see where she’ll go next! 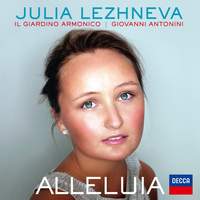