Today’s Recording of the Week sees Paavo Järvi and his Estonian Festival Orchestra dive into the soundworld of their compatriot Erkki-Sven Tüür, with world-premiere recordings of a symphony, large-scale orchestral tone-poem, and encore-style overture. Järvi and Tüür have long been both friends and collaborators, having studied together four decades ago in Tallinn and worked together closely for the last 25 years, and this uniquely close partnership bears fruit in these performances. For an orchestra that only came into existence in 2011 the unity of sound easily rivals that of much longer-established ensembles; Järvi and his players (a combination of Estonian emerging talent and top-rank international performers) seem to have an instinctive grasp of Tüür’s idiom, communicating his sweeping gestures in perfect coordination as if they were one musician. 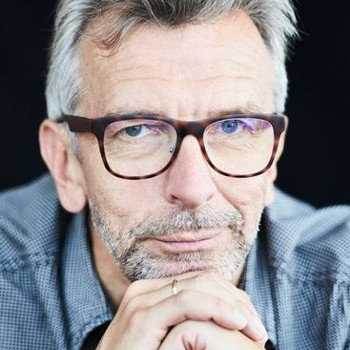 The symphony – Tüür’s ninth, commissioned to mark the centenary of Estonian independence and premiered in 2018 – is subtitled ‘Mythos’, inspired by the ancient mythology of the region’s Finno-Ugric tribes. Creation stories centring on water-bird figures provide the genesis for a work that seems indeed to open in mysterious, primal waters. The music emerges from darkness via a kind of Sibelian organicism, constantly evolving old motifs into new. From the outset shades of Rautavaara characterise the orchestration – bird-like wind trills whose apparent randomness belies an unbelievable accuracy from the orchestra’s wind section, shimmering glockenspiel and celeste and rich, consonant bass chords – but in general the music has a more agitated feel than the late Finn’s writing. Material evocative of birdsong recurs throughout, transitioning into fanfare-like trumpet flourishes at climactic moments. The brass section consistently impresses for its nuance – sinister and menacing one moment, brittle and bright the next, and just occasionally opening out into a richer, chorale-like sound. Towards the symphony’s conclusion, after several climaxes that each die away almost as soon as they arrive, two solo violins weave a sensitively-played, gently-descending duet echoing Rimsky-Korsakov’s Scheherazade motif, and a final cathartic chord for the full orchestra closes the work – a swelling, shifting texture which ebbs into nothing, rounded off by a single harp chord.

Incantation of Tempest (2014) is dominated by a pulsing, no-nonsense rhythm. The emphasis seems to be more on the “incantation” than on the “tempest” itself; this is a piece with the air of a ritualistic dance about it rather than evoking the sound of a storm, though the final minute does see the music intensify – either the storm has arrived or the incantation has reached its climax.

Or, perhaps, the storm is to be found in the third and final work on the album. Sow the Wind…, from 2015, contrasts with the natural chaos of Mythos by focusing on more human forms of chaos and disruption. In the notes accompanying the album, Tüür specifically mentions a number of topical inspirations: climate change, migration crises, and the rise of extremist political movements around the world.

Again the shade of Rautavaara is present – the whirling motif in the low clarinets that opens the piece could easily have come from the Cantus Arcticus. The final minutes of the piece teeter on the brink of collapsing into total chaos; brief snatches of recognisable drum kit patterns are heard, yet no regular beat manages to establish itself. Finally the whole orchestra joins together in a pulsating wall of sound, but vanishes in a swift diminuendo rather than coming to a decisive conclusion.

Rautavaara is an inescapable influence on all three works recorded here, but Tüür’s music, much more than his, is music of texture more than of melody – or even of harmony. This is certainly by no means cacophonous writing and both those elements are certainly present, but Tüür seems to view them as means to the end of creating compelling musical textures.

These are works that yield up their secrets grudgingly, and seem to hold up mirrors to the listener; Tüür’s refusal to assign specific imagery to the works means that despite being nominally “programme” music they are in practice quite the reverse – and as such, the hearer can project onto them whatever topics and concerns they see fit. All three are troubled, darkly fascinating and absorbing pieces that I have returned to again and again, each time hearing and understanding more.

I was lucky enough to be able to speak to Erkki-Sven earlier in the week about these intriguing works – you can read his thoughts in our interview. 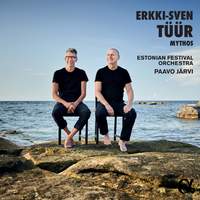