When I was musing last year about possible plans for the Wagner bicentenary, a complete Gergiev Ring with a cast like Kaufmann, Stemme and Pape seemed like a pipe-dream – but this week sees the release of their first instalment – Die Walküre - recorded live in concerts at the Mariinsky Concert Hall last year. 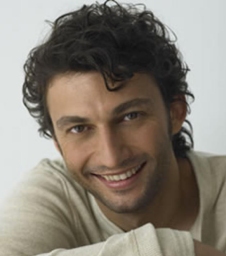 The opera’s opening burst of electricity is always gripping, but what struck me soon after was the intimacy of Gergiev’s account: the sparsely-scored passages in the early scenes sound like true chamber-music, and so much detail that often gets lost is coaxed out (I don't think I’ve ever noticed before just how magical much of the viola-writing is!).

This has to be one of the finest Act Ones on record, due in no small part to Jonas Kaufmann’s Siegmund. His very dark timbre might take some getting used to if you’re accustomed to brighter-toned singers like James King (for Solti), but he now sounds less cautious than he did in his role-debut at the Met two years ago and is even more attuned to Siegmund’s savagery and tenderness. Anja Kampe conveys all the tremulous rapture one could wish for as his sister-bride, and Gergiev brings off the close of the act with such feverish eroticism that it’s virtually Not Safe For Work!

This is the first time Nina Stemme’s donned Brünnhilde’s horned helmet on record and what a debut she makes here! She nails the fiendish ‘Ho-jo-to-ho!’s with total security, and her sumptuous middle and chest registers are a constant pleasure in this most low-lying of the three Brünnhilde roles.

Aside from the white-hot first act, the highlight of the set for me is the ‘Todesverkündigung’ (‘Annunciation of Death’), as Brünnhilde comes to summon Siegmund to Valhalla: the whole scene glows with a fittingly uncanny radiance, with Stemme and Kaufmann sparking off each other with the chemistry that made their collaboration on Abbado’s Fidelio so special.

René Pape has also waited for a long time to take on Wotan and on this hearing he’s come to it at exactly the right moment: the role seems to lie so very comfortably for him, and his characterisation of the King of the Gods as flawed but never less than noble reminded me of Fischer-Dieskau on Karajan’s acclaimed cycle. If Gergiev’s Ring fulfils the promise of this first instalment, it looks set to become a worthy successor.

This week also sees the release of Kaufmann’s much-anticipated solo Wagner album: I gave you my first impressions before Christmas, and can honestly say that this is a disc that just keeps on giving! I’ve been listening to the Tannhäuser monologue (in which the broken hero tells of his fruitless journey to Rome for Papal absolution) pretty much on loop this weekend, and am still uncovering new marvels - the audible exhaustion at the opening, the thin, peevish tone and pedantic diction which he assumes to quote the Pope’s words of condemnation, the abject hysteria as he abandons himself to Venus...For me, this is quite the best thing Kaufmann’s done yet, which really is saying something!

Kaufmann isn’t the only tenor with a new Wagner disc for the bicentenary: Klaus Florian Vogt takes on some of the same repertoire for his Wagner scenes disc – released later this month. We haven’t heard the whole disc yet and can’t wait to hear how his much lighter, slighter voice will measure up! However, both singers include 'Am stillen Herd’, from Die Meistersinger, and as Sony kindly sent us a sneak preview of this track we couldn’t resist setting up a ‘Battle of the Tenors’ page, which has already got some of you debating on Twitter: have a listen and then place your vote here.*

*Thanks for all those who’ve been voting over the weekend. It currently stands as 56% Kaufmann to 44% Vogt. For the one or two people who have spent several minutes registering their enthusiasm towards one particular singer please be assured that your vote has been counted… once! 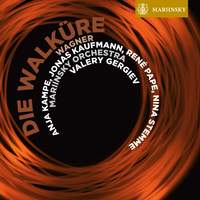 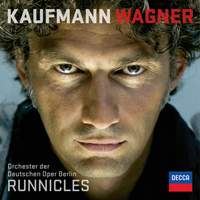