After some spirited debate and many hours of listening, the Presto editorial team have finally decided on our Top 10 Recordings of 2019 - the albums which really made us listen afresh to core repertoire, or made compelling cases for music which was new to us!

We'll be despatching physical awards to all our winners over the next week, so do look out for a photo-gallery in the not-too-distant future, and you can explore all one hundred finalists here. 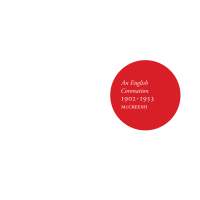 'Its hair-raising impact is partly down to the vintage glow conjured by the use of authentic woodwind and brass instruments, but the record’s main glory is the full-throated exuberance of the massed choirs including the young voices of Gabrieli ROAR, clearly having the time of their lives. You’ll never hear a more electrifying I was glad on disc.' (Katherine Cooper) 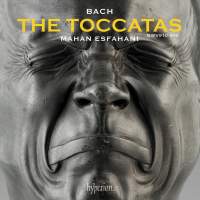 'What really sets this album apart is not his fingerwork but the way he exploits the capabilities of his instrument to also bring out the drama in these showy works...His account of the seven toccatas is an exhilarating ride in the harpsichord equivalent of a souped-up sports car, driven by surely the finest and most assured driver alive today.' (David Smith) 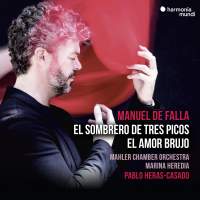 'Falla’s two ballets swagger, stomp and sizzle in these vivid, sun-scorched accounts from the Spanish conductor and the Mahler Chamber Orchestra – the rasping horns and almost jazzy cor anglais at the opening of the Miller’s Dance are a delight, and after enjoying Carmen Romeu’s clean soprano in El sombrero de tres picos the earthy roughness of flamenco diva Marina Heredia Rios in El amor brujo offers a delicious gear-change.' (Katherine Cooper) 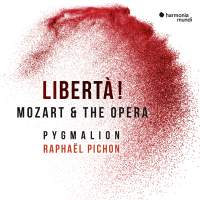 Libertà! - Mozart and the Opera

'Pichon and a crack team of well-contrasted soloists paint an electrifying portrait of a composer on the cusp of greatness in this ingeniously-assembled trio of pasticcios based on the music which Mozart composed in the run-up to his game-changing collaboration with Lorenzo Da Ponte; ensembles from L’oca del Cairo and Lo sposo deluso crackle with energy and the more familiar concert arias are brilliantly sung, but the unaccompanied canons are the real pearls.' (Katherine Cooper) 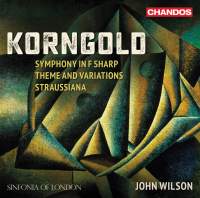 'The main work is the Symphony in F sharp, and right from the start, with brooding, restless chords from bassoons, marimba, piano, and strings, it's clear that Wilson is alive to the nuances of Korngold's orchestration...Although of course this isn’t actually a disc of film music, the Hollywood sheen of the strings is highly pleasing...If this impressive offering is the debut of his new ensemble, then I can't wait to hear what delights they have planned for the future!' (James Longstaffe) 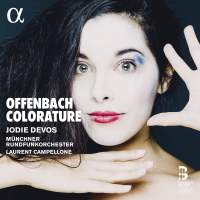 ''A few ‘Ah’s! That’s all I need!’ sings Devos as La Corilla, the cynical coloratura-queen in Vert-Vert as she simultaneously mocks and indulges her audience’s appetite for flashy vocal fireworks – and whilst this young Belgian soprano certainly entrances and thrills with the wordless roulades of the 'Valse-tyrolienne' from Un mari à la porte and the Doll Song from Hoffmann, she’s no slouch with text either, bringing real pathos to arias from Le roi carotte and Fantasio in particular.' (Katherine Cooper) 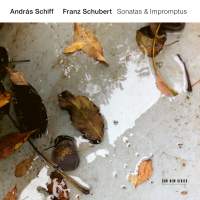 'Schiff defines Schubert by ‘his modesty, his humility, his lack of ego’; the same qualities are evident in every bar of these performances, which quietly command absolute attention rather than clamouring for it. These are profoundly affecting interpretations born out of a long-term loving relationship with both music and instrument, and ones to which I can see myself returning for years to come.' (Katherine Cooper) 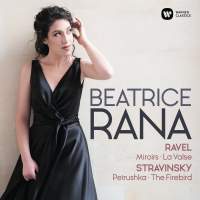 'This is some of the most exhilarating, electrifying pianism I’ve heard all year: in Guido Agosti’s transcription of The Firebird Suite the young Italian summons a range of colours and textures that rival the best orchestral accounts of the work, maintaining absolute clarity even in the densest passages, and the way she varies the repeated phrases at top speed in the final stretches of Ravel’s La Valse is a marvel.' (Katherine Cooper) 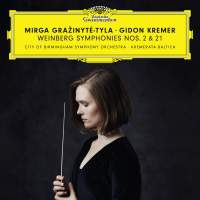 'If I had to sum up Weinberg's style, I would say that there is a heavy dose of Shostakovich in the often bleak string writing, with an occasional whiff of Mahler...In relation to her exploration of Weinberg's music, the booklet notes quote Mirga as saying that “The journey has just begun!”. On the evidence of this recording, it is a journey that I am most eager to continue.' (James Longstaffe) 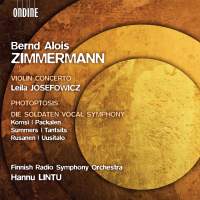 'Josefowicz’s account of the concerto is by turns ravishingly lyrical and pleasingly full of earthy grit…The orchestra plays magnificently in all three works, with their scintillatingly atmospheric performance of Photoptosis being a particularly dazzling highlight…The 40-minute “Vocal Symphony” that Zimmermann put together from his opera Die Soldaten is nothing short of breathtaking, with soprano Anu Komsi leading an impeccable team of soloists.' (James Longstaffe)

Conductor of the Year - Ádám Fischer

At 70, the Hungarian conductor seems to be hitting his absolute prime at the moment, with his ongoing Mahler symphonies series from Düsseldorf on CAVI going from strength to strength and a thrilling, occasionally controversial, Beethoven cycle with the Danish Chamber Orchestra on Naxos appearing in July; he also drew luxurious, deliciously idiomatic support from the Wiener Philharmoniker on Jonas Kaufmann’s tribute to Vienna in October. 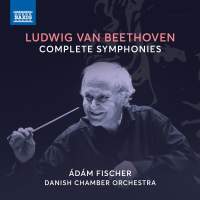 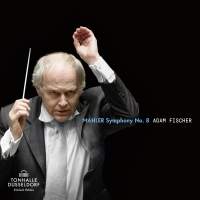 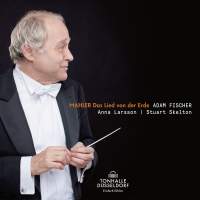 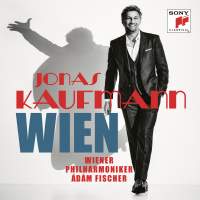 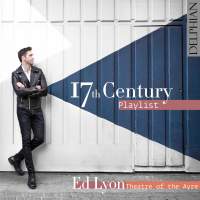 At 40, this distinctive English tenor is already well-established as one of the finest baroque singers around and has a substantial oratorio discography to his name, but this hugely attractive and accessible collection of French, English and Italian songs is his first solo album - the quirky programme includes some absolute gems, and is performed with just the right balance of historical awareness and audacious anachronism. 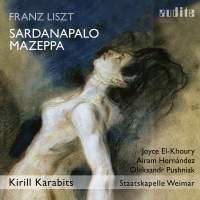 Reconstructed by the musicologist David Trippett, the single completed act of Liszt's abandoned opera on a subject by Byron reveals what the composer's son-in-law Wagner described as 'the claw of a lion'; the score is a fascinating, at times disconcerting melange of Italianate and Germanic elements, with long stretches of bel canto melody punctuated by darker, proto-Wagnerian outbursts, and Kirill Karabits and the Weimar Staatskapelle revel in the Lohengrinesque writing of the final scene in particular. 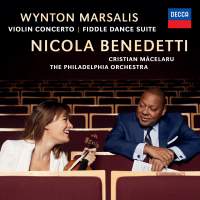 Drawing on influences as diverse as Robert Johnson, Duke Ellington, Scottish folk music and Stravinsky, the jazz legend’s four-movement concerto for Benedetti practically bursts at the seams with energy and imagination, and was described by its dedicatee as ‘a representation of Wynton and who he is, as well as the mixture of his personality and mine – my heritage, my influences and my relationship with the violin.’ 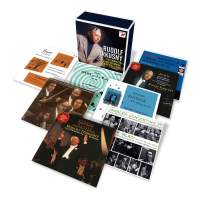 Released to commemorate the twenty-fifth anniversary of the Czech pianist’s death, this 18-CD set brings together the recordings which he made for American Columbia and RCA Red Seal between 1949 and 1993; Czech repertoire features prominently, including Martinů’s Piano Concertos and Cello Sonatas, Dvořák chamber works with the Juilliard Quartet, and Janáček’s In the Mists, On an Overgrown Path, and Piano Sonata No. 1.

Remastered in 24-bit resolution, these historically significant recordings are supplemented with a 184-page hardback book including an essay on Furtwängler by Richard Taruskin, numerous articles on the history behind the recordings, and rare photographs from the orchestra’s archives – it looks every bit as good as it sounds, and given the quality of the interpretations and transfers that’s really saying something.