It’s not too often that we have the pleasure of an entire programme of songs for voice and chamber ensemble in the concert-hall or on disc, so what a treat it is to have such many and varied examples of the genre on today’s new album from Magdalena Kožená and friends, taking in music by Ravel, Brahms, Stravinsky, Chausson, Dvořák and Janáček. 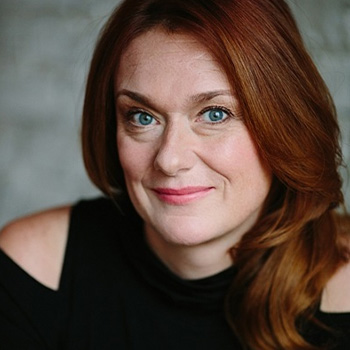 The concept seems a particularly apt one for the Czech mezzo, inside whom one often senses that there’s a frustrated instrumentalist trying to get out: in our recent interview about their recording of the Duruflé Requiem (also released today, on Linn), the conductor Robin Ticciati told me that one of the reasons he loves working with Kožená is her ‘willingness to let her voice speak like a nineteenth-century instrumentalist’, and when I spoke with her last year about an earlier project with Ticciati and the Deutsches Sinfonie-Orchester Berlin she waxed lyrical about how much she ‘like[s] to listen and attune to what each instrument’s doing, and what these particular players are bringing to the table’. It’s a luxury that’s not necessarily attainable within the relatively tight rehearsal-schedules of an orchestral rehearsal or recording-session - but on this album there’s a palpable sense that everything’s been allowed to gel and bloom off the clock, with Kožená exhibiting a lovely, easy synergy with each individual player in terms of tone-colours as well as ensemble.

In purely vocal terms, too, these smaller-scale canvases show this particular artist off to best advantage: Kožená’s light-coloured mezzo isn’t the largest of instruments, and with these forces she has free rein to paint in subtle pastels rather than summoning bolder hues out of necessity (as she herself ruefully expressed it, ‘there’s no point in producing a beautiful pianissimo colour if nobody can hear you!’). It’s a delight to hear her reflecting the mahogany lustre of her guest Yulia Deyneka with such ease in the lower reaches of Brahms’s two twilit songs for contralto, viola and piano, and sparring airily with Kaspar Zehnder’s flute in Stravinsky’s Shakespeare Songs, where her slightly idiosyncratic English adds a ‘rich and strange’ charm of its own to Ariel’s ‘Full fadom five’. 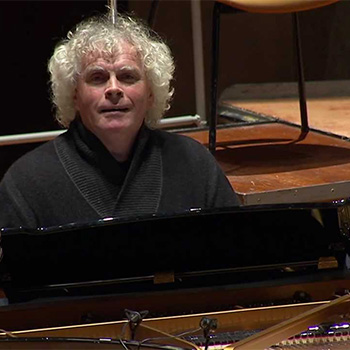 The starriest name on Kožená’s guest-list is of course her husband Simon Rattle, making his commercial recording debut as a pianist. Unlike Antonio Pappano and Christian Thielemann (who both started their careers as repetiteurs) or Daniel Barenboim and Vladimir Ashkenazy (who had stellar careers as concert-pianists before moving over to the rostrum), Rattle at the keyboard has hitherto been an unknown quantity, but he’s very much a team player on this programme. There’s relatively little to frighten the horses here in terms of exposed technical demands, but his beautiful phrasing in the Brahms songs and above all the closing account of Strauss’s Morgen testifies to a lifetime’s experience of accompanying singers from the podium, and he brings real poetry to the postludes of the Dvořák selections (given here in wonderfully vivid new arrangements by Duncan Ward). The album opens with Chausson’s Impressionist, crepuscular Chanson perpétuelle, composed in the same year as Debussy’s Pélleas et Mélisande and sharing some of that work’s morbid eroticism, and Rattle’s long immersion in the opera (which he recorded with Kožená and the LSO shortly before taking up his position as Music Director) seems to infuse the entire performance.

The programme’s very cannily balanced and caters to Kožená’s specialities, with the Chausson and Ravel’s Chansons madécasses constituting two generous helpings of the Gallic love-and-death repertoire which she does so well; these are offset by rollicking, dirt-under-the-fingernails accounts of selections from Dvořák’s Gypsy Songs and Janáček’s quirky Říkadla (Nursery Rhymes), for which Kožená has persuaded her colleagues to tackle her native language and provide the brief raucous choral interjections. Everyone sounds like they’re having a blast, and it’s an absolute joy to eavesdrop. 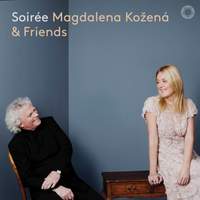