Recording of the Week,  Brahms choral discs from Gardiner and Herreweghe

For lovers of Brahms, there are two new discs of his choral music to tell you about this week.

First, following on from his recordings of all four of the symphonies, John Eliot Gardiner conducts the Monteverdi Choir and the Orchestre Révolutionnaire et Romantique in the German Requiem, recorded live at the Usher Hall, Edinburgh, in 2008. 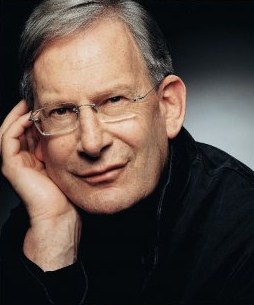 It almost goes without saying that the performance of the Monteverdi Choir under Gardiner’s direction is difficult to improve upon, and for me was certainly the most persuasive aspect of this account. The choral sound is rich and full, and I liked the precision brought to the music by this relatively small-scale choir, something that is fairly tricky to execute with a large choral society. Gardiner doesn’t ignore the orchestra, though; while his period performance sensibilities may not quite be to everyone’s taste (especially if you’re used to a fuller, more Romantic sound), I appreciated the textual clarity he achieves, and it was nice to hear more detail in the harps and inner parts than usual. As for the soloists, Matthew Brook produces a rich baritone sound that suits the music well, and Katharine Fuge acquits herself admirably in the demanding solo soprano part.

Something I found particularly fascinating with Gardiner’s previous discs of the symphonies was his ever-imaginative choice of pieces that provided the couplings for the main work. As he says in his accompanying booklet note, his intention was to “set [Brahms’s] symphonies in the context of his own superb and often neglected choral music, and that of the old masters he particularly cherished”. The same is true with this new disc, in which Gardiner prefaces the Requiem with two choral pieces by one of the aforementioned “old masters”, Heinrich Schütz. Both pieces use texts that Brahms also chose for his Requiem, and it is fascinating to hear the difference in compositional style between the two composers. 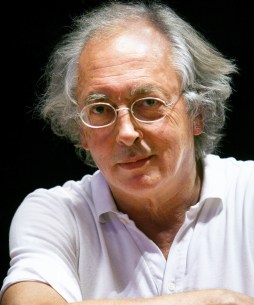 If that whets your appetite for Brahms in choral mode, then you’ll be as thrilled as I was to hear Philippe Herreweghe’s new disc with the Collegium Vocale Gent and the Orchestre des Champs-Elysées, which brings together several of the composer’s shorter choral works, including a couple of comparative rarities. Perhaps the most familiar work on the disc is the Alto Rhapsody, a piece for soloist and male chorus to a text by Goethe, for which Herreweghe is joined by the Swedish mezzo-soprano, Ann Hallenberg. I very much enjoyed this performance; Hallenberg sings with a ravishingly beautiful tone throughout, and the support from the chorus and orchestra is most impressive.

I must admit that two of the pieces on this disc were new to me, namely the Schicksalslied (Song of Destiny), and the very early Begräbnisgesang (Funeral Song). It was nothing short of a delight to get to know both of these pieces, not only because of the quality of the music itself, but also for the excellent performances on offer. The Schicksalslied has rapidly become one of my favourite pieces of Brahms, with its serene introductory and closing sections (beautifully played here by the string section in particular) framing a stormy middle section that features some very fine and incisive choral singing. The Begräbnisgesang was a treat as well; I loved the sonorities of this piece, scored as it is for wind and brass only, without strings.

Bringing the disc to a close is another piece that hasn’t been recorded perhaps as often as it should be, namely the Gesang der Parzen (Song of the Fates), which is similar in its stormy, portentous tone to the Schicksalslied, and is given a suitably full-blooded, fiery performance here. So, all in all, this is an extremely satisfying disc, and there is much to recommend. Even if you’re not familiar with the works already, I hope you’ll give it a try, and with any luck you’ll enjoy discovering these pieces as much as I did! 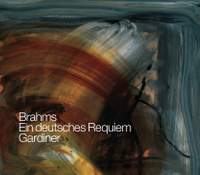 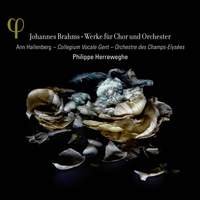 Brahms: Works for chorus and orchestra