Recording of the Week,  Presto Personal Favourites from 2018

In the wake of announcing our top Ten Recordings of the Year (decided by committee and revealed a fortnight ago), the Presto team have spent a lot of time discussing and revisiting some of our own individual favourites - most of which featured in the Top 100, but haven't had a newsletter devoted to their charms! Instead of a full-length review of a single recording, five of us have decided to share the editorial honours this week and each sing the praises of an album that's become special to us over the past year.

Steven Isserlis’s only release of 2018 sees him joining up with the Hungarian pianist Dénes Várjon for a disc of Chopin and Schubert. It is their first outing together on record since a memorable Schumann recording back in 2009, and their close rapport and complementary musical temperaments are evident from the opening work - Chopin’s Introduction and Polonaise brillante. The choice of an 1851 Érard Piano (although not quite contemporary with Chopin himself, who had died two years previously) gives Isserlis the opportunity both here and in Schubert’s justly famous ‘Arpeggione’ Sonata to vary and shape his beautiful singing tone, altering bow speed, vibrato and dynamics as phrases rise and fall without ever being swamped by the piano. But neither do they lack power and excitement when required, and so thrilling is the cascading finale of the Polonaise that I found myself listening to it three times before allowing myself to progress to the Sonata! A thoroughly enjoyable disc which demonstrates that one of the world’s best-loved cellists. who has just turned sixty, is still without any doubt in his absolute prime. 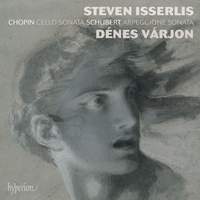 When it comes to French piano music, one of my favourite performers is undoubtedly Bertrand Chamayou, and indeed his account of two Saint-Saëns piano concertos from September proved to be a true delight. In the Second Concerto he is by turns dramatic and captivatingly tender as required, with excellent support from conductor Emmanuel Krivine and the Orchestre National de France, who bring out the Brahmsian qualities of the first movement and a Tchaikovsky-like lightness of touch to the second movement. The exotic harmonies and rhythmic displacements of the Egyptian concerto are a delight, as is the exuberantly virtuosic final movement. Throw in a handful of shorter piano works and you have a gem of a recording! 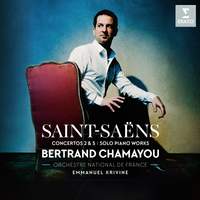 This fifth volume of Julius Drake’s superb series of Liszt songs on Hyperion sees the young British tenor Allan Clayton bringing the same compelling mixture of ardour and vulnerability that made his Glyndebourne Hamlet such a sensation to a selection of German and French songs: the latter, in particular, suggest that the voice is on the cusp of a transition into more dramatic territory, which had me crossing my fingers that he’ll be playing a key role in next year’s Berlioz anniversary celebrations and eagerly awaiting his imminent assumption of Britten’s Peter Grimes. Spotlit by a pleasingly dry acoustic which allows every thoughtful detail to register, Drake is characteristically eloquent and imaginative throughout – listen, for instance, to the two completely different moods which he invokes with a simple repeated phrase in the space of just two bars in the opening of ‘Morgens steh’ ich auf und frage’. 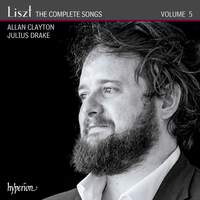 The music of Gerald Finzi has a uniquely emotive harmonic language, and combined with his gift for wistful melody this makes any new release featuring his work an immediately enticing prospect. This wonderful recording from Chandos is dominated by the Cello Concerto, written at the very end of the composer’s life and seeming to process the turbulent feelings arising from his terminal diagnosis. Paul Watkins’s heartfelt commitment to the music is matched only by that of Louis Lortie in the exquisite Eclogue and sparkling Grand Fantasia and Toccata, with the less-heard but captivating New Year Music rounding off an album that unquestionably deserves a place in every music-lover's collection. 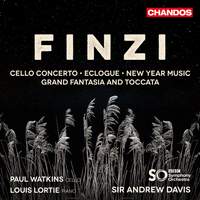 Hilary Hahn burst onto the classical music scene, aged just 17, in 1997 with her debut album “Hilary Hahn plays Bach” on Sony Classical. 21 years later, she returns to solo Bach - this time performing Sonatas Nos. 1 & 2 & Partita No. 1 on Decca Classics. Thanks to her conviction, technique and deep understanding of Bach, Hahn has that rare ability of convincing the listener that this music couldn’t possibly be played in any other way. In the promotional video for the recording, Hahn talks about her relationship with JS Bach’s music: “I always had teachers who believed you should play solo Bach every day”. After two weeks in its company, I implore you to listen to something from this recording every day: it will feed your mind as well as your soul. This is 75 minutes of authentic and profound Bach playing of the highest standard. 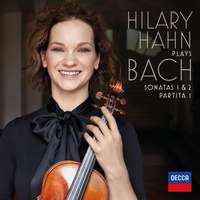