It was almost a year ago that Andris Nelsons and the Gewandhausorchester Leipzig launched their Bruckner cycle with a splendid performance of Symphony No. 3. I have been patiently yet eagerly awaiting further instalments in the series, and now two have come almost at once, with recordings of Symphonies Four (released back in February) and Seven (out today).

Looking back at my review of the Third Symphony, I note that I was impressed with the way that Nelsons paid attention to the blend between several instruments playing the same line, often resulting in a slightly unexpected mixture of timbres. This is very much the case here, especially with the second movement of the Seventh Symphony. Notable for Bruckner's inclusion of a quartet of Wagner tubas (which Wagner had developed and used in the Ring cycle), the start of this movement is ominous and crepuscular in tone and mood. The melody itself is scored for the first tenor tuba along with the viola section. Typically it is the latter instruments that are slightly favoured in the balance against a bedrock of sorrowful tubas, but by allowing the tubas to cut through just a fraction more than usual, it changes the sound in a subtle but interesting way.

Speaking of Wagner, one of the themes of Nelsons's cycle is to pair each symphony with an overture from a Wagner opera, and it has proved to be a simple yet effective idea. Preceding the Seventh Symphony with Siegfried’s Funeral Music from Götterdämmerung was a shrewd choice, as it demonstrates the link between the sound world of the Seventh Symphony that I have already mentioned and the tragic atmosphere of doom conjured so extraordinarily by Wagner.

The coupling for the Fourth Symphony is the Prelude to Act One of Lohengrin, and it's a wonderfully lambent performance, full of luminous string playing from the Leipzig orchestra. It makes such a difference to hear so clearly the contrast between the solo violin group (often playing shimmering chords involving harmonics) and the tutti string section.

While I'm on the topic of the strings, it’s sometimes said that Bruckner's symphonies are great for brass players but a bit of an unforgiving slog for the strings. While there’s no denying the might of the Leipzig brass, what elevates these performances for me is the fact that Nelsons takes equal care over the string parts. Very often the strings actually provide the rhythmic impetus underneath massive brass chords. If that element isn't allowed to cut through then something is lost, and the whole thing can easily end up sounding bloated and directionless. Fortunately, there’s a wealth of detail here, and I was often amazed at some of the counterpoint that comes across, some of which I must admit I had hardly noticed before! It adds an extra layer of complexity and interest that isn't always present in other accounts.

Having said that, the brass certainly don't disappoint either: the outbursts of the slow movement of the Seventh are handled extremely well, with a beautifully-paced series of cadences that culminates in an ecstatic climax, accompanied by a euphoric crash of the cymbals and a pleasingly fervent triangle roll. Similarly, the Fourth Symphony moves from energetic horn calls in the Scherzo to satisfyingly weighty playing from the trombones and tuba in the last movement.

When I concluded my review of the Third Symphony, I expressed high hopes for subsequent instalments, and these latest two discs undoubtedly live up to my expectations. With bitingly powerful brass, magnificently robust horns, immaculately eloquent woodwind, and full-bodied, rich strings (not forgetting also that intrepid triangle player who makes the most of their single contribution to the entire symphony!), this is shaping up to be a fine modern cycle, and I continue to recommend it most highly. 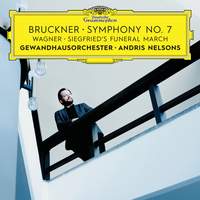 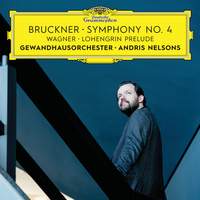 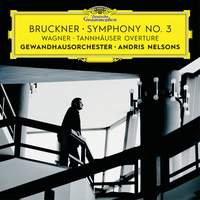