Recording of the Week,  Lisa Batiashvili - Echoes of Time

Georgian violinist Lisa Batiashvili is quickly establishing herself as one of the finest players of her generation and, after a string of acclaimed recordings for Sony, she signed last year to Deutsche Grammophon. Her debut recording for the famous yellow label has just been released and features one of the most powerful works in Violin repertoire – the First Concerto of Dmitri Shostakovich. 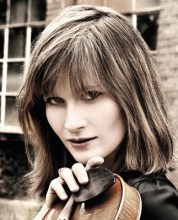 Shostakovich wrote the concerto in 1947-8 but, because of the ‘Zhdanov decree’ (one of numerous state rulings during Shostakovich’s life which restricted the music he could publish and have performed), it was put aside and not premiered until 1955, by which time Stalin had died and he had been largely ‘rehabilitated’ by the state. It is a work full of emotions, from the cold suppression of feelings in the opening Nocturne, the frantic and frenzied energy of the scherzo, the dark and haunting Passacaglia which follows, before the apparent care-free abandonment of the Burlesque which concludes the work.

Batiashvili draws you immediately into the bleak landscape of the opening movement with a fragility and stillness in her tone and is superbly supported by the Bavarian Radio Symphony Orchestra under Esa-Pekka Salonen. It really sets the tone for a terrific performance and while there are no shortage of competition for this work, this new one is right up there with the very best. In the faster second and last movements she is technically and musically bang on, while the slow Passacaglia is poignant and moving, and there is a real sense of build-up and growing tension through the long cadenza which leads into the finale.

The accompanying works on this disc are carefully chosen to show how some other composers responded to the impact by the Soviet regime on their artistic lives. She is joined by pianist Hélène Grimaud for Arvo Pärt’s heart-rending Spiegel im Spiegel, while V & V by her Georgian compatriot Giya Kancheli and the lovely Rachmaninov Vocalise complete a hugely enjoyable disc.

The only real gripe I have is about the booklet note. There is a short article about the disc generally, but I didn’t find it particularly well-written or very interesting, and it also incorrectly states that she won the Sibelius Competition at the age of 16, whereas in fact she came second. There is nothing about the composers, the works themselves, or the artists – instead it is padded out with pictures of Batiashvili. While she is by no means unattractive to look at, I would have preferred to read something about works like Kancheli’s V & V which was new to me.

However, please don’t let that put you off, as there is so much about this disc to recommend it. Gramophone Magazine have already named it Disc of the Month in their March issue and I wouldn’t be surprised if it picks up a few more accolades before the year is out. 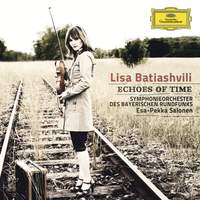