Recording of the Week,  Tippett Symphonies from Martyn Brabbins

Martyn Brabbins and the BBC Scottish Symphony Orchestra have been diligently working their way through a good chunk of 20th-century English repertoire on the Hyperion label in recent years, and after several outstanding discs of orchestral works by the likes of Edward Elgar and William Walton, they have now turned their attention to the symphonies of Sir Michael Tippett, the first instalment of which is released today with this disc of Symphonies 1 and 2. 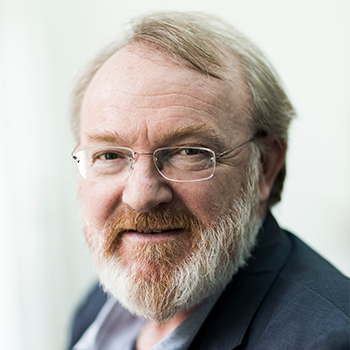 His first “official” symphony (Tippett had actually completed a symphony back in 1933, but subsequently withdrew it), Symphony No. 1 was finished in 1945. Whenever I hear it, I always get the impression of a composer very much trying to prove himself and to display the range of his compositional credentials, from the dense counterpoint of the first movement that often calls to mind the music of Bartók, to the seeming attempt to outdo Walton's own First Symphony with the fugal nature of the last movement. This performance is full of brilliant touches, whether it be the dancing oboes and bassoon in the third-movement Scherzo, lustrous strings in the Trio of the same movement, or the way that Brabbins manages to maintain clarity amongst the complex contrapuntal lines in the outer movements.

As impressive as these movements are, however, for me the highlight of the symphony and indeed of this recording is the second movement Adagio, a turbulent set of variations on a ground bass, solemnly intoned by strings and the occasional timpani stroke. It sets the scene for a stunningly emotional performance, full of tension and angst, with earnest, searching solos for clarinet, contrasting with moments of optimism from surging strings.

It might perhaps be too easy to say that this movement very much sounds as if it were written against a backdrop of war, but there is definitely a good deal of troubled brooding, much more so than the relatively sunny Symphony No. 2, written towards the end of the 1950s. This Second Symphony immediately sounds exuberant and joyful, with chugging lower strings and piano providing an energetic backdrop to boisterous horns and playful upper strings. It's a fiendishly difficult movement to get right (the 1958 premiere didn't exactly go to plan, as conductor Adrian Boult unfortunately had to stop the orchestra after just a few bars and start the piece again!), but there's no sense of any struggle here: everything is despatched with grace and panache.

It’s not all relentlessly jolly, though: the second movement introduces a more contemplative trumpet solo, daintily accompanied by exquisitely filigree interjections from harp and piano. This leads into one of my favourite parts of the whole symphony, where the piano and harp continue over an evocative, dolorous lament for the cellos. After a brief return of the trumpet, this gives way to a passage for gently pulsating strings that is quite lovely, and which reminded me of the Moonlight interlude from Britten’s Peter Grimes. Much like the first symphony, for me this slow movement is the highlight of the work, masterfully performed by all concerned.

Although I would probably guess that, by number of performances, Symphony No. 2 could lay claim to be the most popular of Tippett's symphonies, it's fair to say that the catalogue is not exactly bursting with recordings of any of them, and so to have a new disc as fine as this one is a great pleasure. I look forward very much to the completion of the cycle in due course! 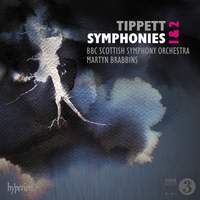