With opening night of their new season (kicking off with the UK premiere of Cavalli's Hipermestra) just weeks away, the Sussex opera festival yesterday announced details of their 2018 program, including revivals of critically-acclaimed recent stagings of Handel and Strauss, the Festival debut of Annilese Miskimmon's touring production of Madama Butterfly, a new Pelléas et Mélisande (directed by Stefan Herheim and conducted by Robin Ticciati) and Samuel Barber's Vanessa, which will receive its first fully-staged professional outing in the UK.

In fact it's set to be a great year for Handel fans in general, with Barrie Kosky's wildly imaginative 2015 staging of Saul also set for a comeback - Iestyn Davies will repeat his luminous David, with Allan Clayton, Karina Gauvin and Anna Devin joining the cast and German baritone Markus Brück taking over from Christopher Purves as the eponymous tyrant (last year we interviewed Purves about working on the original production, which he described as 'a testament to imagination, and the most fun I’ve ever had'.)

There's a second outing, too, for Richard Jones's three-year-old production of Der Rosenkavalier (described by The Observer at the time as 'bursting with life, energy and wit'). Kate Royal again sings the Marschallin, and will be joined this time around by Kate Lindsey (a glorious Composer in Strauss's Ariadne auf Naxos at the 2013 Festival, and poised to sing Sesto in this summer's new production of La Clemenza di Tito) as her young lover Octavian. (Lindsey's debut solo disc on Alpha, Thousands of Miles, is due out later this month and features songs by Alma Mahler, Korngold, Zemlinsky and Kurt Weill - we'll be talking to her about the project over the next couple of weeks, so do watch this space for more!)

Barber's Vanessa (quite the rarity on record as well as in the theatre) will receive 10 performances, with Emma Bell (one of our local celebrities here in Leamington Spa!) in the title-role, veteran mezzo Doris Soffel as her mother, and Lithuanian tenor Edgaras Montvidas as the caddish Anatol.

DVDS and Blu-rays of these productions from Glyndebourne 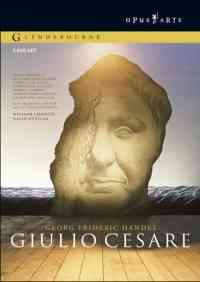 'An account at once scholarly, lively and refreshing...Sarah Connolly sings superbly in the title-role, looking very boyish...Patricia Bardon is an excellent Cornelia and Christophe Dumaux a characterful Tolomeo.' (Penguin Guide) 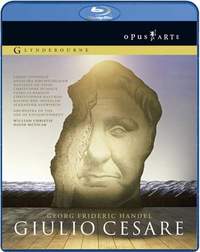 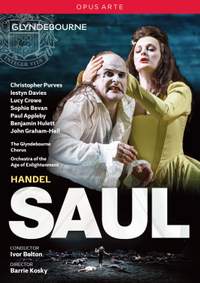 'There is nothing safe about this show. It's a knockout that brings the work blazingly alive and transforms bewigged pieties into high human drama. To hell with sacred solemnity.' (The Telegraph) 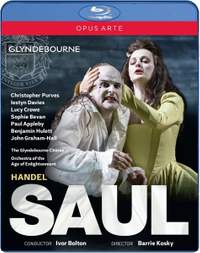 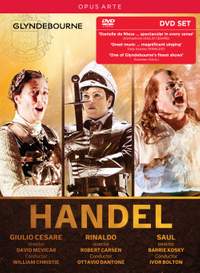 The two productions listed above, plus Robert Carsen's 2011 public-school setting of Rinaldo, with Sonia Prina in the title-role, Anett Fritsch as his beloved Almirena, and Brenda Rae as his nemesis Armida. 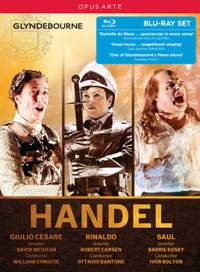 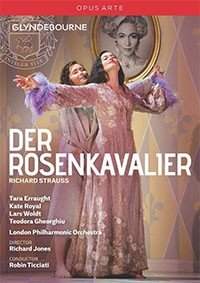 Filmed at the 2014 Festival, Jones's new production was described by The Times as 'giv[ing] Richard Strauss’s comedy of lust and class distinctions a thorough, epoch-hopping shakedown.' 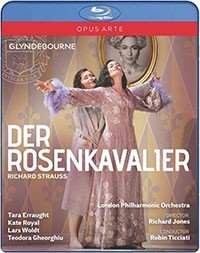 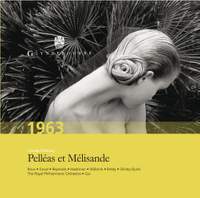 A 1963 revival of the Glyndebourne premiere the previous year, this Pelléas was released on the festival's own label in 2009; Gramophone opined that 'if Gui's reading is "Italianate", this is because it gives considerable thought, never excessive weight to the drama's emotional intensity.' 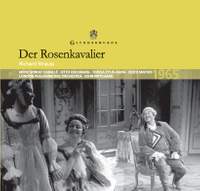 This live recording from 1965 (a revival of the opera's first performance at Glyndebourne six years earlier) captures Caballé in her house debut, and remains her only Marschallin on disc. 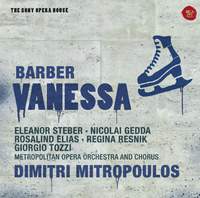 Recorded at the Metropolitan Opera in 1958 with the original cast (Sena Jurinac was scheduled for the title-role but withdrew at a late stage in the proceedings), this 2009 budget reissue prompted Opera News to contend that 'Mitropoulos’s dynamic, word-sensitive taping remains the Vanessa urtext'. 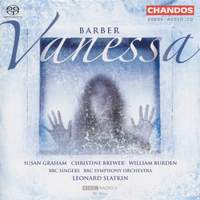 Reviewing the concert performance at the Barbican in 2003 which preceded this recording, The Guardian declared that 'Slatkin immaculately judges the work's mixture of ferocious lyricism, disquieting intimacy and underlying neurosis. This is a considerable achievement that should restore Vanessa to the repertory.' 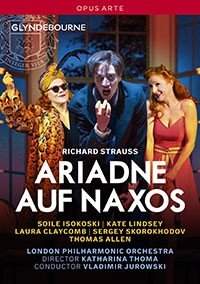 Kate Lindsey in another great Strauss trouser-role at Glyndebourne, back in 2013: 'Lindsey's Composer is beautifully detailed and, though a mezzo, her voice has a soprano-like colour and ease.' (Gramophone) 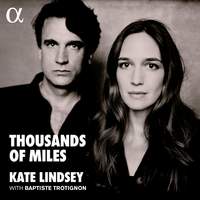 Kate Lindsey's debut solo recording on Alpha is out on 19th May, and includes music by Alma Mahler, Korngold, Kurt Weill and Zemlinsky.