A veritable violinistic treat this week, with outstanding performances of two concertos by Lisa Batiashvili, accompanied by Staatskapelle Berlin under Daniel Barenboim. This is actually the first time that Barenboim has recorded the Tchaikovsky concerto, but you would never have guessed: he provides effortlessly supportive accompaniment that moves in perfect sync with every turn that Batiashvili takes. In all honesty I think I had already decided that this recording was pretty special by the end of the first three bars: the way that Barenboim shapes the first phrase from the orchestral violins, delicate and tender, is just exquisite. 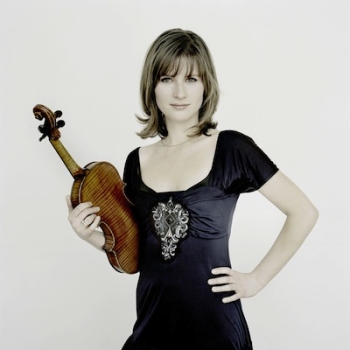 This rapt, hushed approach to the music is echoed by Batiashvili (another newcomer to this concerto): when she plays the first movement's main melody after a brief initial cadenza, it's ever so slightly slower than one normally hears, less robust perhaps and more rhapsodic, almost wistfully dream-like. It's such a beautiful moment, and truly brings out the poetry of the piece. Were space to allow it, I could probably pick out hundreds of similar places where Barenboim and Batiashvili shift the mood by playing a particular phrase either a touch more quietly, fractionally faster, or just a smidgen more held back than one might expect. There's an enormous amount of freedom and elasticity of phrasing and tempo, but it’s always incredibly subtle, and it makes the world of difference.

There’s a quiet intensity to the slow movement as well, never overwrought but full of lyrical passion. Barenboim gets a wonderful range of sounds from his players, bright and bold one minute, dark and husky the next. Batiashvili certainly also has plenty of chances to dazzle us with some pyrotechnics: the main cadenza in the first movement has some very impressive double-stopping and harmonics, and virtuosity abounds in the tremendously exciting last movement.

If the Tchaikovsky concerto has come only recently into Batiashvili’s repertoire, the Sibelius has been there a lot longer: in 1995 she came second in the International Jean Sibelius Violin Competition whilst still a teenager (in fact she was the competition’s youngest-ever participant), and she herself says it is the concerto that she has performed most often. This certainly helps to inform her commanding interpretation here, but at no point does it ever feel stale or as if she is just going through the motions. I think the very opening of the piece is as extraordinary as I’ve ever heard it: remarkably eerie and yet hopeful at the same time. The way she spins a phrase is quite something, momentarily withholding vibrato to highlight the bleakness of an unexpected sharpened fourth, and then injecting just the right amount of warmth a few seconds later. It's most enchanting and sets the tone for a stunning performance. 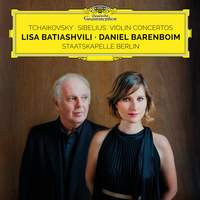