I’m kicking off this week’s newsletter with a declaration that may well win and lose me any fans I might have out there in equal measure: I love Gilbert & Sullivan, and I always have done. Growing up in a part of the country which was nowhere near an opera-house but which boasted (and still boasts) a superb G&S Society, it became my gateway drug to a lifelong obsession with opera (by the time I was 10, I think I knew all of the Savoy operas barring The Grand Duke and Utopia Ltd off by heart, as my long-suffering parents will testify…). But it’s been so much more than a stepping-stone: I’ve returned again and again to these works with much delight as both audience-member and performer, so it was a real joy to learn that the most-recorded of all the operettas, HMS Pinafore, was to receive a new outing on disc under the baton of Richard Egarr, captured live and complete (though dialogue is replaced by a concise new narration from Tim Brooke-Taylor) at last year’s Edinburgh Festival and starring some of the finest English opera-singers around. 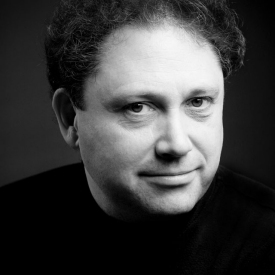 Without pointing any fingers, there’s always a risk that G&S performances by casts more at home in Mozart, Rossini or Britten can come across as slightly self-conscious, stylistically ill-at-ease or just plain stale, but for my money Egarr and Co. get the balance between tradition and freshness absolutely spot-on: there’s a tremendous sense of affection and conviction from all involved, and never a suggestion of anyone condescending to the material. As the captain’s daughter Josephine and the 'lowly-born' but oddly grandiloquent sailor who adores her, Elizabeth Watts and Toby Spence both have significantly larger voices than we usually hear in this music, and neither shy away from using the full range of colours and power at their disposal. The Act One duet in which she ‘haughtily rejects’ his affection in between agonised asides at being compelled to do so has always been one of my favourite moments in the Savoy canon, and brought a tear to three sets of eyes when I listened to my preview copy with two fellow G&S aficionados recently (and it wasn’t just the accompanying prosecco talking). Watts is also nothing short of magnificent in her great Act Two scena, where Sullivan’s demands are surely equal to anything Mozart or Bellini ever asked of a soprano: this Josephine is no milk-and-water soubrette, but a three-dimensional, passionate woman torn between love and duty (I’d never noticed it before, but Sullivan slips in a cheeky reference to Tristan und Isolde – which premiered 13 years before Pinafore – here as his heroine tremulously awaits a nocturnal assignation with a secret lover despite her imminent arranged marriage to a powerful older man…).

The rest of the cast are every bit as committed and characterful, not least Andrew Foster-Williams's hale-and-hearty but frequently beleaguered Captain Corcoran (who for once sounds of an age with his daughter’s lover, as the plot rather bafflingly demands he should be) and Hilary Summers’s maternal but still-sexy Buttercup – no cause to wonder what the Captain sees in this ‘plump and pleasing person’ here, and the pair have a lovely chemistry which more than equals that of the younger lovers. The comic role of Sir Joseph Porter is more usually taken by singing actors who can do patter rather than lyric tenors of John Mark Ainsley’s stature, but he has an absolute ball as the bumptious, viciously over-promoted First Lord of the Admiralty and it’s a delight to hear this music really sung rather than given the Rex Harrison treatment.

Working from two recent scholarly editions of the score, Egarr brings out some wonderful orchestral detail which I’d never noticed before (particularly in the big ensembles), and phrases everything with such line and lyricism that any sense of that ‘rum-ti-tum’ autopilot which often repels Gilbert and Sullivan's detractors is kept consistently at bay. Fingers crossed that he gives the dozen remaining operettas the same treatment!

...and if you want more of the inside story on this new album, you're in luck! Earlier this week I spoke to Richard Egarr about Pinafore and all things G&S. Read the full interview... 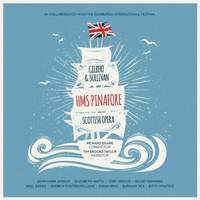