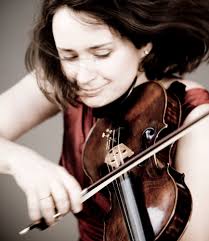 Both these performances seem to owe a good deal to influences from outside the classical sphere – Kopatchinskaja’s folk-influenced upbringing bears audible fruit in her fiery playing, while Jansen likewise draws out the Hungarian folk heritage of her two chosen works.

As a specialist in contemporary and recent repertoire, Kopatchinskaja’s turn to such an arch-Romantic as Tchaikovsky was something of a surprise, as she herself observes in her accompanying notes. It’s fascinating to hear her unorthodox take on the work in collaboration with conductor Teodor Currentzis. Their tempi are idiosyncratic, to say the least: often on the fast side, but with occasional moments where it suddenly slows right down for just a few bars, and her playing incorporates all kinds of fireworks – dazzling acrobatic spiccato, adventurous rubato playfulness and more.

The “gypsy” cliché is rather over-used in discussions of music with a connection to Eastern Europe, particularly when writing about violin showmanship – but it’s difficult not to hear echoes of the vibrant sound-world of the csárdás and the freylekhs at times. If you like your Tchaikovsky traditional and sedate then this may not be the performance for you, but if you want to be taken on a thrilling seat-of-the-pants ride by a master virtuoso then look no further!

If the Tchaikovsky was a dip into the mainstream, the other work on this album, Les Noces, definitely takes us back off the beaten track. It has a unique, acerbic sound due to its orchestration – four pianos, percussion and singers. The theme, namely a Russian peasant wedding, is not dissimilar to that of The Rite of Spring. Currentzis’s musicians revel in its ritualistic strangeness – I found this curious work really growing on me as I listened. 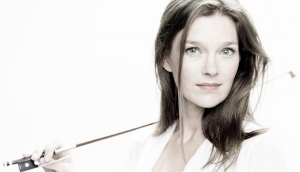 From Tchaikovsky, then, to Brahms – another time-honoured concerto given new life, this time by Janine Jansen and Antonio Pappano’s Santa Cecilia orchestra. Here too, as Jansen points out, there’s a connection to the East of Europe, via the Hungarian-born violinist Joseph Joachim, for whom the work was written. This link is particularly apparent in the final movement, whose hearty rhythms often seem on the verge of bursting out into one of Brahms’s Hungarian Dances. I found Jansen’s speed a touch slower than I was expecting, but the sense of poise this gives is actually quite welcome, and forms an interesting contrast with Kopatchinskaja’s almost frenetic feel.

Finally, a work I didn’t really know very well – Bartók’s first Violin Concerto. In just two movements, a slow movement followed by a fast, this shows a much more lyrical side to Bartók than one might expect. The first movement is a bittersweet, melodious rhapsody with some moments of enormous beauty that show Jansen at her most exquisitely sensitive, but the second couldn’t be more different – angular and choppy from the outset, it again invites comparison with folk-influenced idioms.

It’s worth stressing, though, that Jansen never resorts to flashy display for its own sake; and even in the midst of the Allegro giocoso she finds space for some beautiful cantabile playing. I was particularly struck by some of her legato double-stopping – making this sound smooth is no mean feat, but in Jansen’s hands it sounds as natural as if it were a duet. The final moments bear special mention – just as it seems we’re onto the final straight and heading for the finish line with a rousing coda, there’s a wonderful moment of harp-accompanied stillness that seems to come out of nowhere, suspending the work in mid-air for a few bars before the orchestra (in this case the London Symphony Orchestra) dives back in and powers the work home. 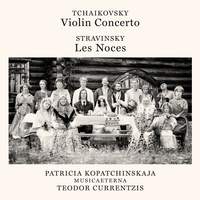 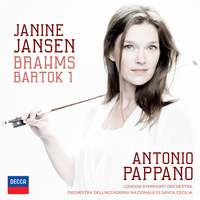