Recording of the Week,  Sibelius Symphonies from Okko Kamu and the Lahti Symphony Orchestra

This year marks the 150th anniversary of the birth of Jean Sibelius on 8th December, 1865. As is customary with such milestones, throughout the year we have seen a host of new recordings of his music, both of some relatively obscure pieces and, as in the case of this new set, the more familiar ground of his seven symphonies. 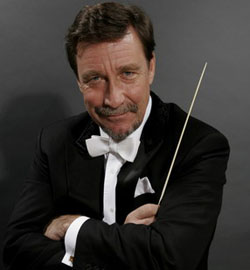 Of course the Lahti Symphony Orchestra have excellent form when it comes to Sibelius, not least an outstanding symphony cycle from the late 1990s under Osmo Vänskä, and they again do the honours on this splendid new set with their current principal conductor, Okko Kamu. With seven symphonies to talk about, I can't possibly go into as much detail as I would like, so I thought I would pick a few moments that for me exemplify why these are such great performances.

I'll start with arguably the best-known piece of the lot: Symphony No. 5. Right from the first bars I sensed this wasn't going to be just a standard reading that was merely a carbon copy of a hundred other interpretations: the opening horn call struck me as perhaps somewhat more introspective than usual, and in the bars that followed I was intrigued by the way Kamu managed to create a more tender, slightly laid-back mood than one might expect. Certainly his tempos for most of this symphony err on the slower side, but far from being bored I found Kamu’s overall conception of the piece thoroughly convincing. This “slow burn” approach really pays off, and by the time we get to the famous horn calls in the last movement, there's a genuine moment of catharsis and a sense of arrival after the careful build-up.

This feeling of meticulous preparation is also very much present in the Seventh Symphony, a test of any conductor in terms of the precision required to make the various tempo relationships work properly, and again Kamu's hard work in laying the foundations early on makes the moments of arrival all the more satisfying, not least a radiant trombone solo about five minutes in, aided in no small measure by an astonishingly warm string sound. In fact, for all the refined woodwind and bitingly characterful brass playing on offer throughout this set, for me it's probably the strings that make these performances as good as they are: whether it be the gloomy hues of the Fourth Symphony, the quirkily spirited start to the Third, the hushed rapture in the second movement of Symphony No.1, or the boldly impassioned “big tune” in the last movement of the same piece, the range of tone and attack that they display is quite breathtaking.

Speaking of the Fourth Symphony, it's often thought to be one of Sibelius's darker, more brooding symphonies, and I certainly can't recall hearing a bleaker, more disturbing account of the opening few minutes; from an unsettlingly stark cello solo to the ominous brass interruptions, it's really a remarkable performance indeed. Of course people may well already have their favourite sets of these symphonies, quite possibly including the Vänskä set I referred to earlier, but I think it's the combination of Kamu's thoughtful innovation and the Lahti players' seemingly endless variation of colours that makes this set well worth hearing, and is certainly the most impressive account of these pieces I have heard for quite some time. 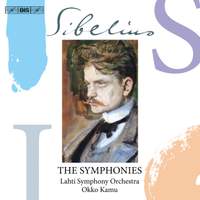