Cecilia Bartoli’s latest project uncovers the extraordinary and shocking history of castratos. The result of castration before puberty was that the boy’s larynx didn’t transform like normal, so his voice remained high into adulthood. Furthermore as his body continued to grow the lack of testosterone meant that bone-joints didn’t harden like normal, and so his limbs and crucially his ribs would often grow longer then normal. Long ribs meant large lungs, and this gave castratos unrivalled breath-control and lung-power compared to other singers. 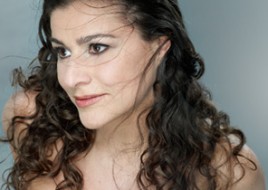 Composers during the seventeenth and eighteenth centuries wrote a lot of music for castrato voices, particularly in opera where some of the most famous and challenging arias known today were originally written for castratos (an obvious example being Handel’s ‘Ombra mai fù’ from his opera Serse (Xerxes)). Indeed, several of Handel’s operas featured castrato heroes, such as Giulio Cesare (1724), Tamerlano (1724), and Rodelinda (1725), and even as late as 1781 Mozart originally wrote the role of Idamante in Idomeneo for castrato (although he replaced him with a tenor in the revised 1786 version).

The history of castratos is both interesting and shocking, and at its peak in the 1720s and 1730s it has been estimated that about 4,000 boys were ‘sacrificed’ each year. Of course one or two went on to huge careers, earning enormous fees and public adulation, but the vast majority either died during the process or were subject to lives as social outcasts. By the end of eighteenth century changes in operatic taste and social attitude spelt the end for castratos as it was by then seen as repulsive and inhumane. As a result today we don’t really know what the greats like Farinelli, Cafarelli or Senesino actually sounded like, and these days their parts are either taken by female voices or by countertenors.

Cecilia Bartoli’s new album, mentioned briefly at the outset, focuses on the Neapolitan school (which produced amongst others the superstar castratos Farinelli and Caffarelli). The repertoire is mainly world premiere recordings, but full of elaborate coloratura showpieces, it suits Bartoli’s voice perfectly. It is accompanied (while initial pressings last) by a lavishly illustrated 108 page hardback book including profiles of the leading castrati and the composers who wrote for them, as well as insights into the musical, physical, medical and social aspects of “the age of the castrati”.

It is an insightful and fascinating project and I’ve put a short video introducing the album up on the website for you to watch. Enjoy! 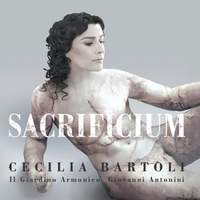