‘I thought for a moment there you were listening to a CD that includes Norma and Pinocchio’, joked my colleague James when he walked into the office mid-way through this recording. Well yes, I actually was, and it’s really rather wonderful: Decca’s new soprano is one of the most exciting new female voices I’ve come across in ages, and I urge any lovers of classy, old-school bel canto singing to investigate pronto. 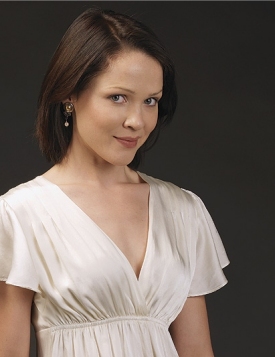 If you live outside Australia you may not have heard of Greta Bradman (though the odds are that the name of her grandfather, the legendary cricketer Donald ‘The Don’ Bradman, will at least ring a bell). Following a career as a research psychologist, most of her performances thus far have taken place in the southern hemisphere, and she graduated from the Wales International Academy of Voice just last year. Established less than a decade ago, WIAV is an intensive technical finishing-school with a particular success-rate with larger and/or unusual voices (Russian soprano Julia Lezhneva is another alumna); the veteran conductor and bel canto guru Richard Bonynge is a frequent visitor, and it was during one of the Academy’s masterclasses that he found in Bradman the ‘true old fashioned bel canto sound – the sort we only dream about today’ and subsequently determined to work with her on stage and in the studio.

When Chris first played me the opening track of the resultant CD, my initial thought was that he’d got his hands on a new batch of Decca’s Most Wanted Recital discs – not just because ‘My Hero’ from Oscar Straus’s deliciously schmaltzy 1908 operetta The Chocolate Soldier was last in vogue in the 1950s, but because there’s something indefinably but unmistakeably ‘vintage’ about the sound of this young Australian.

My second (on perusing the CD booklet) was that surely no single voice could sustain this level of quality over such a wide range of repertoire – whilst the right sort of soprano can do justice to Konstanze, Violetta and Norma, it’s unusual for the same singer to tackle Micaëla from Carmen (usually cast with a full lyric soprano) and Rosina from Il barbiere di Siviglia (occasionally sung, with tweaks, by high sopranos but essentially the definitive role for a coloratura mezzo). But Bradman has it all – a richness and range of colour in the middle voice that puts many mezzos to shame, extreme high notes of extraordinary fullness, and the sparkling-clean coloratura that usually comes with voices a third of this size. It’s easy to see why Bonynge was transfixed, and why he was so keen to hear her in repertoire closely associated with his late wife Joan Sutherland: Bradman already shares many of “La Stupenda”’s virtues and (dare I say it?) some may even find the innate warmth of her overall timbre more immediately appealing. The lighter repertoire, too, is sung with such sincerity and charm that nothing seems out of place – an innocently erotic ‘Cherry Ripe’ is a particular highlight.

Aside from the impeccable technique with which she surmounts the many and varied technical demands of these roles, Bradman also characterises each of these very different heroines quite beautifully: she’s such a natural (but never over-exaggerated) vocal actress that you’d never guess that this is a singer whose experience in the opera-house is as yet very limited. (Her most high-profile operatic engagement to date has been the title-role in Handel’s Rodelinda, which Bonynge invited her to sing in Melbourne shortly after their auspicious encounter in Cardiff). But I have a hunch that that’s all about to change… 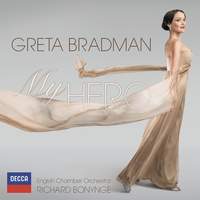