It seems like a while since we’ve featured any woodwind discs in the newsletter, and with three of the Berlin Philharmonic’s principals currently making waves with solo recordings, this week seems the perfect time to redress the balance: oboist Albrecht Mayer led the way last month with Lost and Found (a fascinating bit of musical excavation, bringing to life four rediscovered eighteenth-century concertos with Viennese connections), but today I’m going to focus on his flautist colleague Emmanuel Pahud, who followed suit a few weeks ago with Revolution (more eighteenth-century repertoire, this time with a Parisian slant), and clarinettist Andreas Ottensamer, who’s headed further east and fast-forwarded a century or so for a Brahms disc with a difference that’s out next Monday. 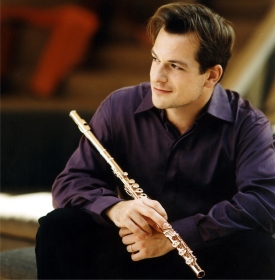 Though he plays a modern metal flute (and spends much of his orchestral career in nineteenth- and twentieth-century repertoire), Pahud has made a speciality of baroque and early Classical works when it comes to solo projects: following on from his last disc The Flute King (a survey of music written for and by Frederick the Great), Revolution focuses on the 1770s-90s, a period when radical changes were afoot in terms of both the design and mechanics of the flute and the style of writing for the instrument, particularly in the cosmopolitan hub of Paris (where of course far more dramatic upheavals of a non-musical nature were taking place at the time!)

In his thoughtful booklet-note, Pahud describes the project as ‘my tribute to the French School’: he received part of his musical education in Paris, and found great inspiration in Jean-Pierre Rampal, who resurrected and recorded several of the works on this disc. They range from the poised rococo world of Gluck’s undated Concerto to the more ‘Sturm und drang’ style of Francois Devienne and a charmingly urbane, eclectic offering from Pleyel (be warned: I’ve had the Finale as an ear-worm for three days solid!). 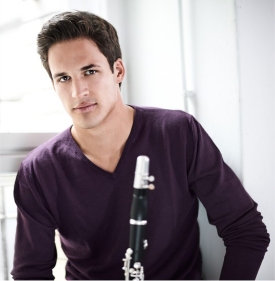 Pahud’s colleague Andreas Ottensamer is quite the Renaissance Man – a former model, accomplished sportsman and Harvard student, he was appointed principal clarinet at Berlin in 2011 (aged just 23), and his second project on Deutsche Grammophon suggests that he’s no slouch when it comes to ethnomusicology either! Together with some equally high-flying friends including Leonidas Kavakos and Antoine Tamestit, he’s chosen to tap into his Hungarian roots with a fascinating exploration of the links between Brahms and folk-music. The disc opens with a glorious account of the autumnal Clarinet Quintet, so achingly beautiful that it moved me to tears on a particularly un-Romantic commute into the office on Friday: Ottensamer plays a Viennese clarinet, with a wider bore than most models, which has a distinctive dark but luminous timbre that melds quite magically with viola and cello, and the rapport between clarinet and strings throughout is supremely warm and natural (the fact that Ottensamer trained as a first-study cellist until 2003 surely helps!)

But the real fun comes with the half-dozen companion-pieces, all arranged by the cellist Stephan Koncz, beginning with deliciously völkisch transcriptions of two Hungarian Dances and culminating in a rip-roaring six-minute ‘mash-up’ (as it’s described in the booklet-notes) of dances from Transylvania, complete with cheeky nods to Brahms and even Wagner. The result is so breathtakingly virtuosic that I laughed out loud the first time I heard it - and was instantly transported back to a particularly risible incident in a Budapest restaurant when some friends and I were literally surrounded by a very ebullient and very persistent czardas-band for a good 45 minutes…Herr Ottensamer & Co. have all their brio and authenticity - but oh so much more polish! 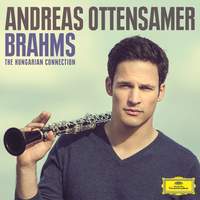 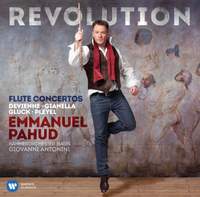 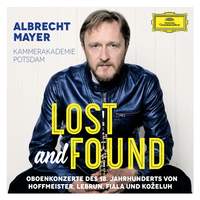