Johann Sebastian Bach is, for many, the single greatest composer ever to have lived. A sizeable proportion of his output is sacred in nature, with works ranging from relatively modest motets, to cantatas (more than two hundred in number), to the monumental Passions and Mass in B minor.

Over the last few decades we've seen what can only be termed a revolution in terms of performance practices of Baroque music, with assumptions being overturned by research and radically different soundworlds emerging as a result. Bach has of course benefitted from these developments as much as any other Baroque composer, in his choral works as much as in his instrumental compositions.

My selections below try to tread a diplomatically balanced line on this often heated issue. Advocates of period performance practice may disagree with me on this, but for me and many others, the old, 'wrong' way of doing things is still very much worth listening to; one need not be constrained to choose either one or the other style. 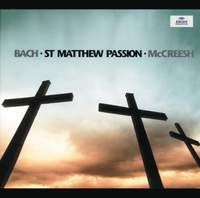 Paul McCreesh's audacious decision to use just eight singers makes for an unusual performance - albeit one that is backed by recent research. Whatever the answer to the intractable question of authenticity, the musical rewards are rich - a more intimate and vastly clearer vision of the work. The crowd scenes in particular seem paradoxically more ferocious despite the smaller forces.

In conjunction with director Peter Sellars, Simon Rattle leads the Berlin Philharmoniker and Rundfunkchor in a semi-staged version of the Passion, with soloists including Mark Padmore (a name I have found cropping up very frequently in these selections!) and Christian Gerhaher. Dubbed a 'ritualisation', it's an intriguing concept that adds a physical dimension to the story without cheapening it with gaudy operatic garb. 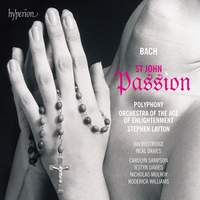 A simply stellar lineup of soloists - Ian Bostridge, Roderick Williams, Iestyn Davies and Carolyn Sampson - would arguably be enough to sell Stephen Layton's performance of the St John Passion on its own. Polyphony and the OAE respond to, and reflect, Bostridge's inimitably impassioned Evangelist. 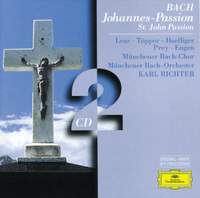 Another historical performance, this one from Karl Richter, offers a marked contrast to modern, sparer accounts; it may not pass muster as an 'authentic' Passion but it's a committed and engaging one, not lightly to be dismissed.

As with the St Matthew, this is a 'ritualisation' of the St John into a quasi-theatrical experience. Roderick Williams and Mark Padmore's interaction is fascinating to watch in itself, and Rattle's musicians are on just as brilliant form here as in the Matthew. 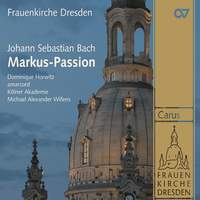 One of Bach's lost settings of the Passion narrative, the St Mark has long tantalised musicologists, and various attempts at reconstructions exist. In this version from Amarcord and Michael Alexander Willens, the Evangelist's text is spoken, not sung. 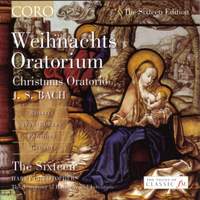 Harry Christophers and The Sixteen present a vivid and joyful account of the Christmas story in this recording; Mark Padmore makes another appearance in the Evangelist role, with Michael George a convincing Herod and Libby Crabtree an appropriately light-voiced Angel. 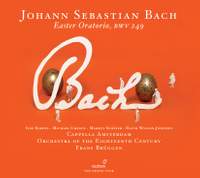 Frans Brüggen and the Orchestra of the 18th Century set out their stall as major players in the historically-informed performance movement with this recording of the Easter Oratorio - a work whose fame has never rivalled that of its Christmas counterpart, but which is no less varied and celebratory. 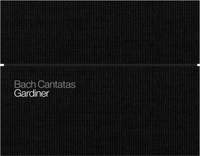 Dr Koopman's musical offering comes hard on the heels of that of John Eliot Gardiner, whose Bach Cantata Pilgrimage marked the Millennium with a complete set of the cantatas, now available on disc as a box-set. These performances were recorded live during the Pilgrimage tour in 2000, and feature the Monteverdi Choir and English Baroque Soloists. 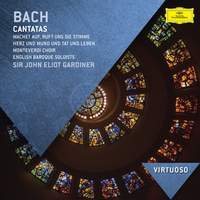 Perhaps the best-known and best-loved of Bach's cantatas are Wachet auf and Herz und Mund und Tat und Leben (the latter containing the time-honoured chorale often performed in English as 'Jesu, joy of man's desiring'). John Eliot Gardiner and the Monteverdi Choir complement delightful performances of both with the cantata BWV106, and the motet O Jesu Christ, mein's Lebens Licht - a relatively neglected work but one of my favourites among Bach's whole output. 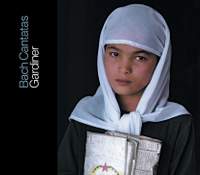 The festival of the Reformation is, of course, quintessentially Lutheran, and Bach's cantata Ein' feste Burg is a large-scale statement of the Lutheran credo setting words by Luther himself (the famous hymn 'A mighty fortress is our God' lending its title to the whole work). 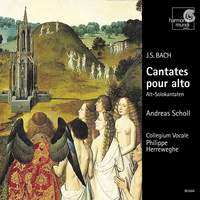 Although the majority of the cantatas are choral, there are a number featuring just one solo voice. Many, though not all, have particularly individual texts (that is, placing special emphasis on personal piety), so the single voice is appropriate. One of the finest of all is Widerstehe doch der Sünde - the opening movement is a real showpiece, and Andreas Scholl is simply peerless. 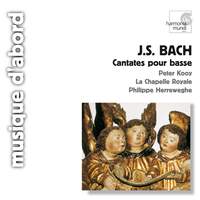 Peter Kooy shines in these three solo cantatas for bass, including the yearning Ich habe genug, based in part on themes of the Nunc dimittis. Philippe Herreweghe and La Chapelle Royale provide sensitive accompaniment. 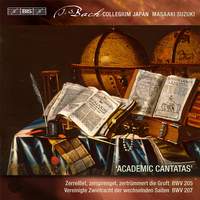 Unashamedly worldly works, written to honour the name-days of faculty members at the University of Leipzig, these Academic cantatas are no less enjoyable for their pragmatic origins. The virtues Digilence and Honour, as well as the deities Pallas and Aeolus, take to the stage to sing the praises of Doctors Müller and Kortte, and Masaaki Suzuki's Bach Collegium Japan are on their usual fine form. 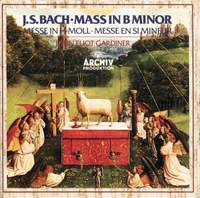 Mass in B minor (period choice)

It would be nothing short of a crime to exclude this benchmark recording of the B minor Mass; Nancy Argenta and Michael Chance particularly stand out among the soloists, and the Monteverdi Choir and English Baroque Soloists shine equally brightly in the choruses. 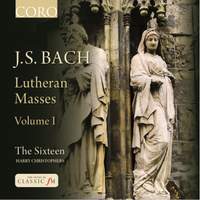 The chief appeal of Bach's Lutheran Masses is in their role as 'highlights' from his cantata music; they are largely composed of material lifted wholesale from the cantatas, so it's a reasonable guess that these were Bach's own favourite movements from his works. Here Harry Christophers and a reduced Sixteen (down to just eight!) give a refreshing clarity to the vocal lines. 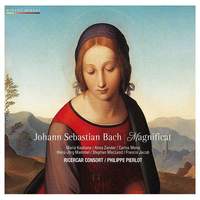 Philippe Pierlot and the Ricercar Consort set the bar high with this multi-award-winning recording of the Magnificat; sensitive to the changing nuances of the various movements, he is assisted by similarly expressive soloists. Maria Keohane's plangent 'Quia respexit' is a particular highlight. 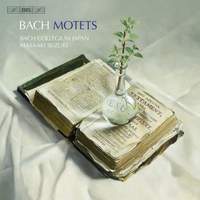 The six large-scale motets BWV225-230 are among the finest choral compositions of the Baroque era, and show Bach's vocal writing at its most colourful and varied. In this recording Masaaki Suzuki leads a slightly expanded Bach Collegium Japan, encompassing a huge range of expressive shades from solemnity in Jesu, meine Freude to light-heartedness at some points in Komm, Jesu, komm. 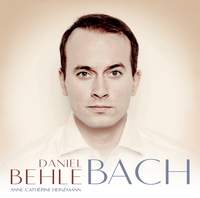 Tenor Daniel Behle performs a selection of sacred arias from the cantatas, Passions and other works, including an impassioned 'Geduld'. Anne-Cathérine Heinzmann's nimble playing in the A minor Partita for solo flute is an effective contrast. 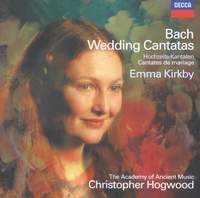 Veteran Bach soprano Emma Kirkby here performs a pair of solo cantatas both written for wedding services, one of which may even have been used at his own, with his wife Anna Magdalena as the soloist. 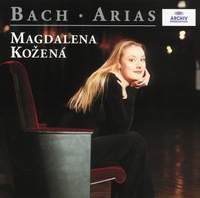 A collection of arias selected from Bach's sacred works, featuring among others the evergreen favourite 'Schafe können sicher weiden' (better known by its English title 'Sheep may safely graze') and the haunting 'Erbarme dich' from the St Matthew Passion.