Famously dismissed by one American music critic as "more corn than gold", the music of Erich Wolfgang Korngold is characterised by its lush, late-Romantic style. Declared a "musical genius" by none other than Gustav Mahler, he displayed a prodigious talent, and had written three operas by the time he was twenty-three.

He emigrated to America in 1938, and became a naturalised American citizen in 1943. As well as the Violin Concerto and his opera, Die tote Stadt, he is perhaps best-known for his numerous film scores, such as The Adventures of Robin Hood, The Sea Hawk, and Kings Row. 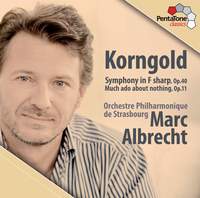 Symphony in F sharp major; Much Ado About Nothing

A dramatic, intense performance of Korngold's symphony from the Orchestre Philharmonique de Strasbourg conducted by Marc Albrecht, one that grips the listener right from the opening, arresting bars. Albrecht finds plenty of room for expression, too, in the angst-ridden slow movement. The disc also includes a sprightly account of the incidental music Korngold wrote for Shakespeare's Much Ado about Nothing. 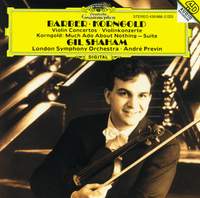 Gil Shaham is at his sweet-toned, opulent best in this recording of the Violin Concerto. His tone is beautifully tender in the slow movement, and he is completely in control of the fireworks of the last movement. Luxurious orchestral support is provided by the London Symphony Orchestra, conducted by André Previn. 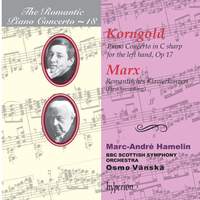 Piano Concerto for the Left Hand

Austrian pianist Paul Wittgenstein, who lost his right arm during World War One, commissioned several works for left-hand alone from composers such as Ravel, Strauss, Prokofiev, and Hindemith, as well as this concerto in C sharp by Korngold. Marc-André Hamelin is an ideal soloist here, despatching Korngold's fiendishly demanding piano writing with effortless aplomb, and there is fine playing from the BBC Scottish Symphony Orchestra under Osmo Vänskä. 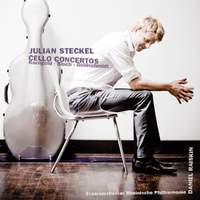 The plot of the 1946 Bette Davis film Deception involves a cellist having to perform the premiere of a new cello concerto, and as part of his scoring duties, Korngold was required to compose such a work. He later fashioned the material into this one-movement piece, given an impressive performance here by Julian Steckel, accompanied by the Staatsorchester Rheinische Philharmonie under Daniel Raiskin. 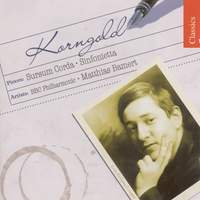 The Sinfonietta in B major was one of Korngold's first large-scale orchestral works, and already shows his absolute command of orchestration and amazing gift for melody. It is given a sweeping performance here by the BBC Philharmonic conducted by Matthias Bamert. The disc opens with a rousing rendition of Sursum Corda, material from which Korngold would later use in his score for the film The Adventures of Robin Hood. 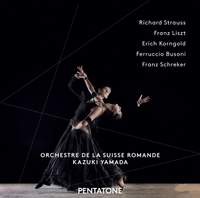 Kazuki Yamada and the Orchestre de la Suisse Romande are delightfully playful in the pizzicato Polka that opens this short suite based on themes by Johann Strauss II. An incredibly jolly performance that had me smiling from beginning to end! 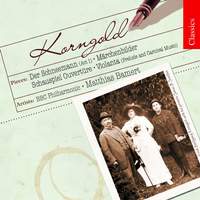 I return to the BBC Philharmonic and Matthias Bamert for excellent performances of some of Korngold's early orchestral works, including the Schauspiel Overture, Märchenbilder (originally for piano but orchestrated by Korngold when he was just thirteen), and Der Schneemann (The Snowman), another piano piece by the 11-year old Korngold, orchestrated by Zemlinsky. 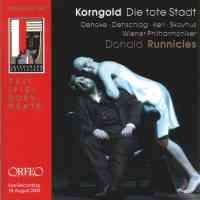 Korngold's third opera, written when he was 23, is by far his best-known, and revolves around a man who is unable to move on from the death of his wife. Donald Runnicles conducts the Vienna Philharmonic in a sensational live performance from the 2004 Salzburg Festival, with Angela Denoke magnificent in the role of Marietta/Marie, and Torsten Kerl convincing as the tortured widower, Paul. 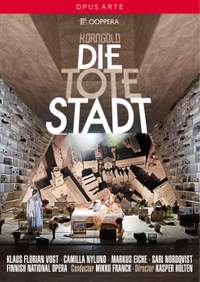 Klaus Florian Vogt takes the role of Paul in this 2010 performance from the Finnish Opera, conducted by Mikko Franck. Director Kasper Holten plays up the disturbing psychological aspects of the work, and there is some ravishing singing from Camilla Nylund as Marietta. 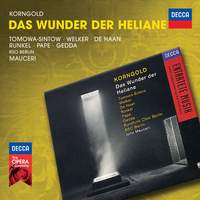 Korngold's tale of forbidden love was considered a flop at its premiere, perhaps by critics who had tired of his lavish compositional style. However, if you enjoy a profusion of gorgeously sensuous music, then this is the opera for you! John Mauceri conducts the Rundfunk-Sinfonieorchester Berlin, and there are sublime performances from Anna Tomowa-Sintow, John de Haan, Hartmut Welker, René Pape and Nicolai Gedda. 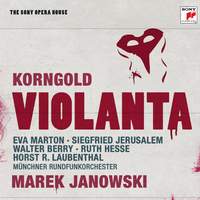 Fifteenth-century Venice is the setting for this early, one-act opera concerning Violanta's attempts to avenge the death of her sister by murdering Alfonso, the Prince of Naples. Eva Marton is perfect in the title role, with first-rate support from Walter Berry as her husband Simone and Siegfried Jerusalem as the unlucky Alfonso. Marek Janowski conducts the Münchner Rundfunkorchester. 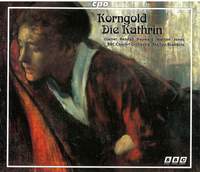 This is the first, and so far only, recording of Korngold's final stage work, and what a treat it is. Conductor Martyn Brabbins revels in the Puccini-like aspects of the score, with a cast of singers including Melanie Diener, David Rendall, Robert Hayward, Lillian Watson and Della Jones, and elegant playing from the BBC Concert Orchestra. 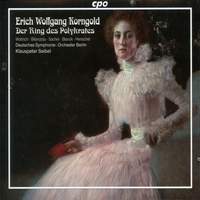 This one-act domestic comedy, written when Korngold was seventeen, is perhaps not amongst his finest compositions, but is still worth investigating. Again, this is the only available recording, and it is a performance full of lightness and charm. Klauspeter Seibel conducts the Deutsches Symphonie-Orchester Berlin, and the splendid roster of singers includes Beate Bilandzija, Dietrich Henschel and Jürgen Sacher. 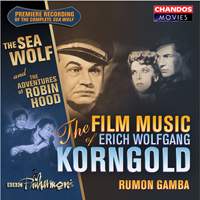 The Adventures of Robin Hood; The Sea Wolf

Korngold's first original score was for the 1938 film The Adventures of Robin Hood, starring the dashing Errol Flynn and surely still the most iconic version on film (although Kevin Costner fans may disagree with me!). His music quite simply defined the Hollywood sound for decades to come, with swashbuckling brass fanfares and a sumptuously luscious love theme for Robin and Marian. Rumon Gamba conducts the BBC Philharmonic in highlights from the score, along with the complete score for the 1941 Edward G. Robinson film, The Sea Wolf. 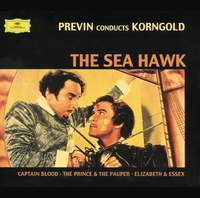 The Sea Hawk; Captain Blood; The Prince and The Pauper; The Private Lives of Elizabeth and Essex (Download only)

Having composed several film scores himself, André Previn is the ideal conductor for this collection of suites from various films. The London Symphony Orchestra is of course no stranger to the world of film music either, having performed on the soundtrack of countless films (including a small film from 1977 entitled Star Wars), and their matchless playing is perfect for brass-heavy scores such as Captain Blood and The Sea Hawk. 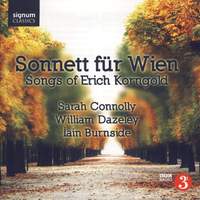 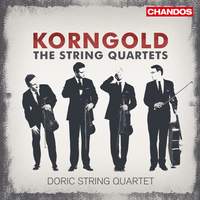 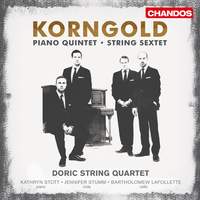 More fine performances from the Doric String Quartet (and friends), in a decisive reading of the String Sextet, full of tone in the Adagio and fleet of foot in the closing Presto. They are joined by Kathryn Stott for the Piano Quintet in another commandingly eloquent account. 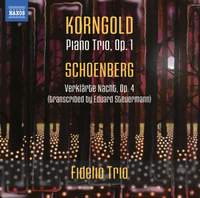 Korngold's Piano Trio, Opus 1, was his first published work, completed at age twelve, and is given a stirring performance here by the members of the Fidelio Trio. 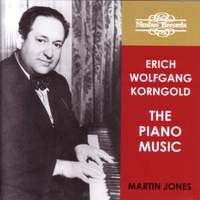 A four-CD survey of Korngold's solo piano music by Martin Jones, including the three piano sonatas, as well as the original piano versions of pieces such as Der Schneeman and Märchenbilder.