Recording of the Week,  Jonas Kaufmann sings popular German music from the 1920s and 30s

Last week I heard one of the UK’s leading opera-critics give a fascinating conference paper on ‘crossover’ singing. It was, he suggested, rather a pity that the ‘crossing over’ tends to happen in just one direction these days: whilst there’s no shortage of non-classical singers taking on operatic material, we tend to see fewer opera-singers crossing the streams than was the case in previous generations. This week’s star release is not only a winning exception to the trend, but also an affectionate tribute to an age when the lines between the operatic stage, popular musical theatre, and cinema were far blurrier than they are today. 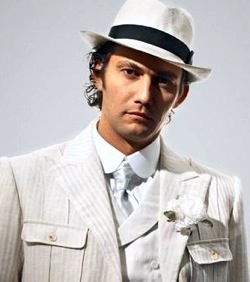 I’ll admit that a few eyebrows were raised in the Presto office when Sony announced that Jonas Kaufmann’s follow-up to his searing Winterreise would be a disc of operetta evergreens and songs from 1920s and 30s Berlin – wouldn’t recording this relatively lightweight repertoire with one of the world’s leading dramatic tenors be a bit like using a sledge-hammer to crack a nut? However, once I thought about it in more detail it started to make more sense: I’d heard rapturous reports on social media of encores by Franz Lehár and Emmerich Kálmán in Kaufmann’s German concerts, and the great Austrian tenor Richard Tauber (who not only inspired but also wrote many classics of this genre) sang many of the same roles as Kaufmann.

I’d also reckoned without the diversity of the repertoire assembled by Kaufmann and musicologist Thomas Voigt. Old favourites such as Lehár’s ‘You are my heart’s delight’ and ‘Girls were made to love and kiss’ are all present and correct, but there’s also less familiar fare on offer: the programme is divided between operetta arias and songs from early ‘talkies’, taking in quirky, cabaret-influenced numbers such as the arch ‘Diwan-Püppchen’ from Paul Abraham’s Die Blume von Hawaii as well as lush Viennese-waltz tunes.

Many of the shows from which the songs are taken toured extensively through Europe, and so around half of the tracks are sung in translation; the few little idiosyncrasies in Kaufmann’s English, such as occasional rolled ‘r’s and elongated diphthongs, actually add charm and a certain authenticity to texts that were originally sung by native German speakers (and those of us who clamour for Kaufmann to take on Peter Grimes and Elgar’s Gerontius can still sleep easy!).

Kaufmann’s affinity with this material goes far beyond his matinee-idol image; operetta figured in his very early career, and he sounds to the manner born in most of the repertoire here. He must surely have one of the widest dynamic ranges of any singer around, which pays especially rich rewards in this music: the ‘crooner’ numbers never sound either oversung or undersupported, even in the upper reaches of the voice (check out the weightless high B at the end of ‘In my dreams you let me do everything’!). We also get plenty of light and shade, notably in a gorgeously schmaltzy ‘Grüß mir mein Wien’ (done with just the right sort of teasing rubato), and his trademark superhuman crescendo makes an appearance at the close of ‘Du bist die Welt für mich’.

For me, though, it’s the big dramatic showpieces that really bring the house down: the swashbuckling ‘Leben des Schrenk’ (a sort of Rake’s Progress ballad from Eduard Künneke’s Die große Sünderin) calls for the clarion tones of a Siegmund or Lohengrin to convey the necessary ‘seize the day’ swagger and slice through the hefty, mock-heroic orchestration. If pushed, I’d have to nominate this one for my favourite track, though the impassioned ‘Freunde, das Leben ist Lebenswert!’ comes a close second! 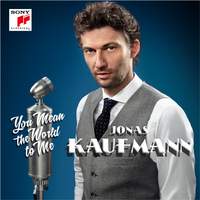 Jonas Kaufmann: You Mean the World to Me (Standard Edition)