Berlioz is one of those composers whose discography is dominated by a particular interpreter: the late British conductor Sir Colin Davis, who championed his music from the 1960s until the end of his career and recorded pretty much everything he wrote at least once. Frankly, you can't really go wrong with any of his recordings of these works, but there are a wealth of other wonderful interpretations out there: some which stress the high-octane Romanticism of the music, others which play up its Classical pedigree with leaner sonorities, smaller forces and sometimes period instruments. Of particular note among the current generation is Davis's young protege Robin Ticciati, currently winning widespread acclaim for his ongoing series of recordings with the Scottish Chamber Orchestra: definitely one to watch in the field! 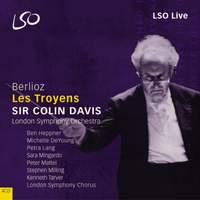 Recorded at the Barbican at 2000, with Ben Heppner in his heroic prime and two extraordinary vocal actresses (Petra Lang and Michelle DeYoung) in the lead roles, Colin Davis's second recording of Berlioz's Virgilian epic positively crackles with a theatricality that never sags or falters over the course of this five-hour live performance. Surely one of the finest opera recordings of all time, and most definitely a Desert-Island item for me!

Es Devlin's imposing sets (including a magnificent Trojan Horse!) and the vitality of Antonio Pappano's conducting are just two of many virtues of this 2012 Royal Opera House production by Sir David McVicar; the remarkable young American tenor Bryan Hymel, giving a career-making performance as Énée, is another. Anna Caterina Antonacci chews the spectacular scenery as Cassandre, with Eva-Maria Westbroek a radiant, vulnerable Didon; the small roles are beautifully delineated and the ballets compelling. 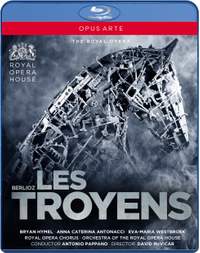 Es Devlin's imposing sets (including a magnificent Trojan Horse!) and the vitality of Antonio Pappano's conducting are just two of many virtues of this 2012 Royal Opera House production by Sir David McVicar; the remarkable young American tenor Bryan Hymel, giving a career-making performance as Énée, is another. Anna Caterina Antonacci chews the spectacular scenery as Cassandre, with Eva-Maria Westbroek a radiant, vulnerable Didon; the small roles are beautifully delineated and the ballets compelling. 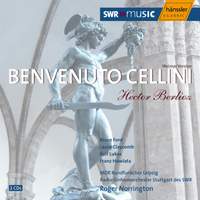 Roger Norrington presides over a lean and pacy account of the Cinderella among Berlioz's operas, a picaresque romp based on the memoirs of the famous Florentine sculptor. Bruce Ford and Laura Claycomb dazzle with vocal fireworks as the eponymous hero and his beloved, whilst the Finnish mezzo Monica Groop is deliciously feisty in the trouser-role of the apprentice Ascanio. 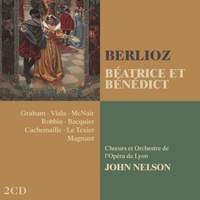 The freshness and clarity of John Nelson's account of the score brings out all the mercurial wit of Berlioz's sunny reworking of Much Ado About Nothing. Acclaimed Berlioz interpreter Susan Graham's light, bright mezzo is ideal for the blithe and bonny heroine, and the little-known French tenor Jean-Luc Viala is a perfect sparring-partner. 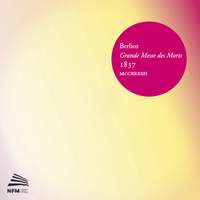 Berlioz might not be the first composer who comes to mind in connection with the early music specialist Paul McCreesh, but this rafter-rattling Grande Messe, recorded in Poland with over 400 performers, showcases his trademark attention to detail and clarity on a massive scale. The term 'sonic spectacular' gets overused these days, but in this case it really fits the bill: make sure the neighbours are out, turn it right up and enjoy! 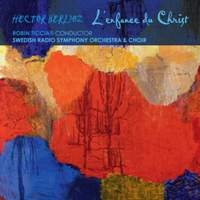 Robin Ticciati seems to have inherited the mantle of his late mentor Colin Davis with his excellent ongoing Berlioz series on Linn: I'd heartily recommend the lot, but this Enfance du Christ is a particular favourite! Gen's fragile Marie and Alastair Miles's unusually sympathetic Herod shine, and the Swedish Radio Choir deliver some immaculate singing - not least in a heart-stopping, mercifully unsentimentalised 'Shepherds' Farewell'. 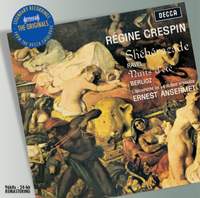 I'm cheating a little here in including an item which isn't all Berlioz (you get some equally sublime Ravel, Debussy and Poulenc) , but it's simply unthinkable to exclude Régine Crespin's benchmark account from the 1960s, with Ernest Ansermet and the Suisse Romande Orchestra: eloquence, amplitude, and a veritable masterclass in how to sing in French! 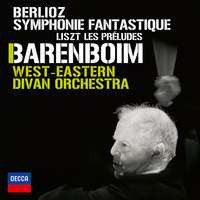 In one of the most vivid accounts of this score I've ever come across, Barenboim conjures incredible brio, drama and colour from the young players of his West-Eastern Divan Orchestra in this live performance recorded at the 2009 BBC Proms: the heady, manic excitement of the first two movements is brilliantly caught, as is the grotesquerie of the later ones. 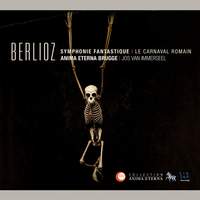 Using period instruments including Érard pianos and harps, an ophicleide and valved horns with crooks, Jos van Immerseel's 2010 recording with Anima Eterna points up the work's Classical pedigree without ever skimping on drama, and adds some properly Gothic sonorities in the nightmarish last two movements. 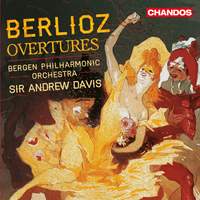 Sir Andrew Davis has come to Berlioz relatively late in his career, but this set of the complete overtures with the Bergen Philharmonic really sparkles: warm, mellow string-tone and some superb woodwind solo work make this one stand out from the crowd. 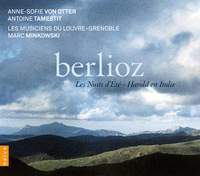 A charismatic, bright-toned account of the Byronic 'symphony with viola' from young French violist Antoine Tamestit with Marc Minkowski's Musiciens du Louvre: Minkowski has referred to him as 'the reincarnation of Paganini', who commissioned and then rejected the work for not being sufficiently virtuosic. Anne Sofie von Otter's late-career account of the Nuits d'ete are so much more than a makeweight. 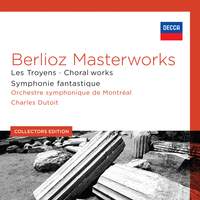 Celebrating the fruitful partnership of Charles Dutoit and the Montreal Symphony Orchestra, this 17-disc set is a convenient way of getting hold of the major works in very fine performances. Highlights include the Huit Scènes de Faust, a superb Grande Messe des Morts and the complete overtures as well as comparative rarities like Tristia, Lélio and some of the lesser-known songs.