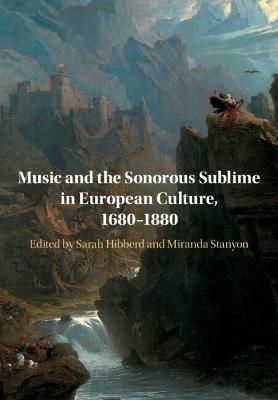 The sublime - that elusive encounter with overwhelming height, power or limits - has been associated with music from the early-modern rise of interest in the Longinian sublime to its saturation of European culture in the later nineteenth century and beyond. This volume offers a historically situated study of the relationship between music, sound and the sublime. Together, the authors distinguish between the different aesthetics of production, representation and effect, while understanding these as often mutually reinforcing approaches. They demonstrate music's strength in playing out the sublime as transfer, transport and transmission of power, allied to the persistent theme of destruction, deaths and endings. The volume opens up two avenues for further research suggested by the adjective 'sonorous': a wider spectrum of sounds heard as sublime, and (especially for those outside musicology) a more multifaceted idea of music as a cultural practice that shares boundaries with other sounding phenomena.